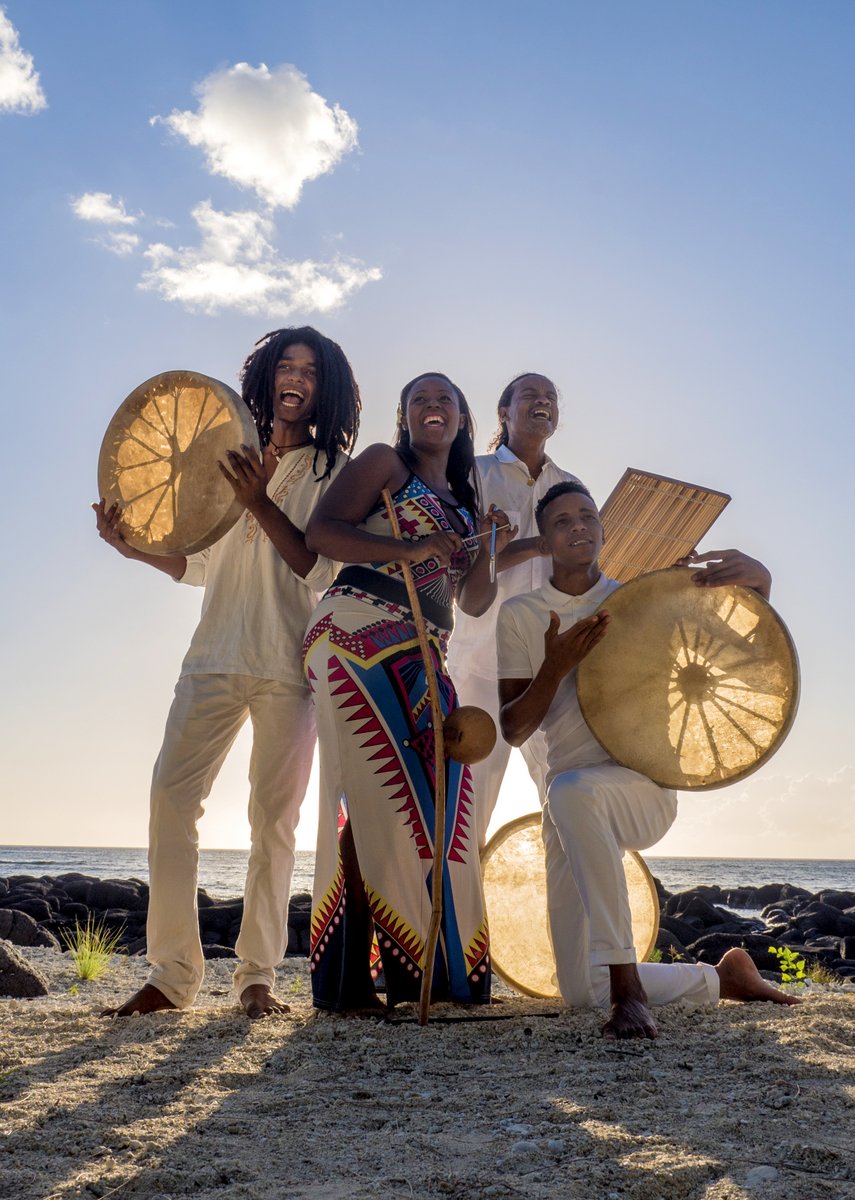 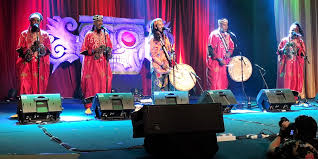 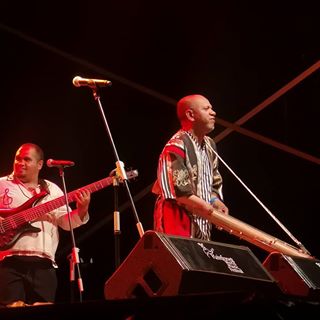 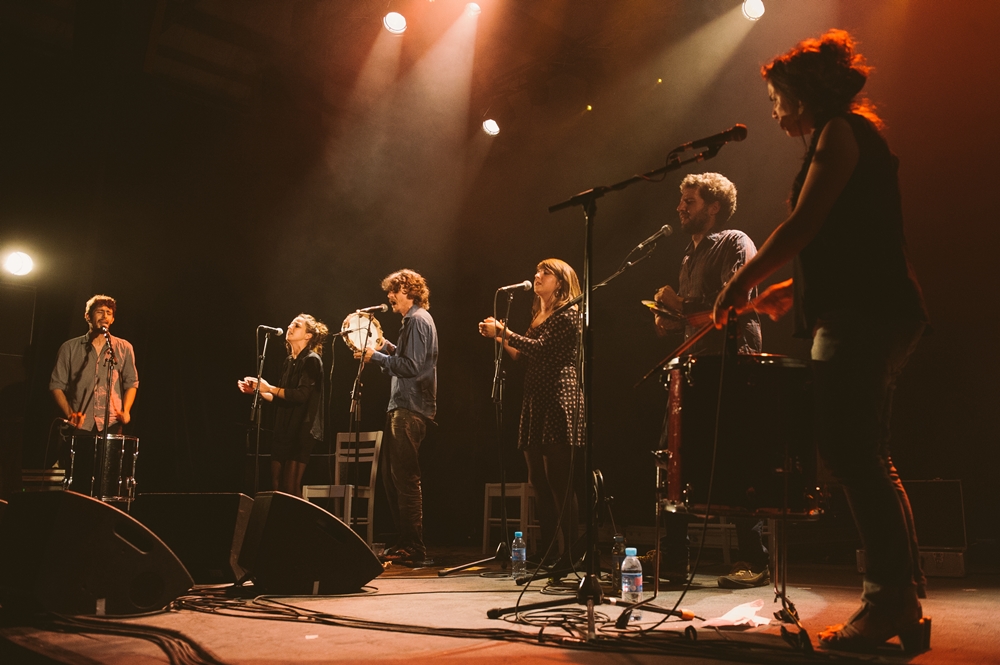 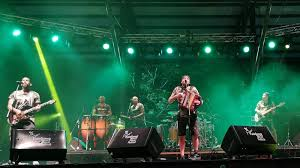 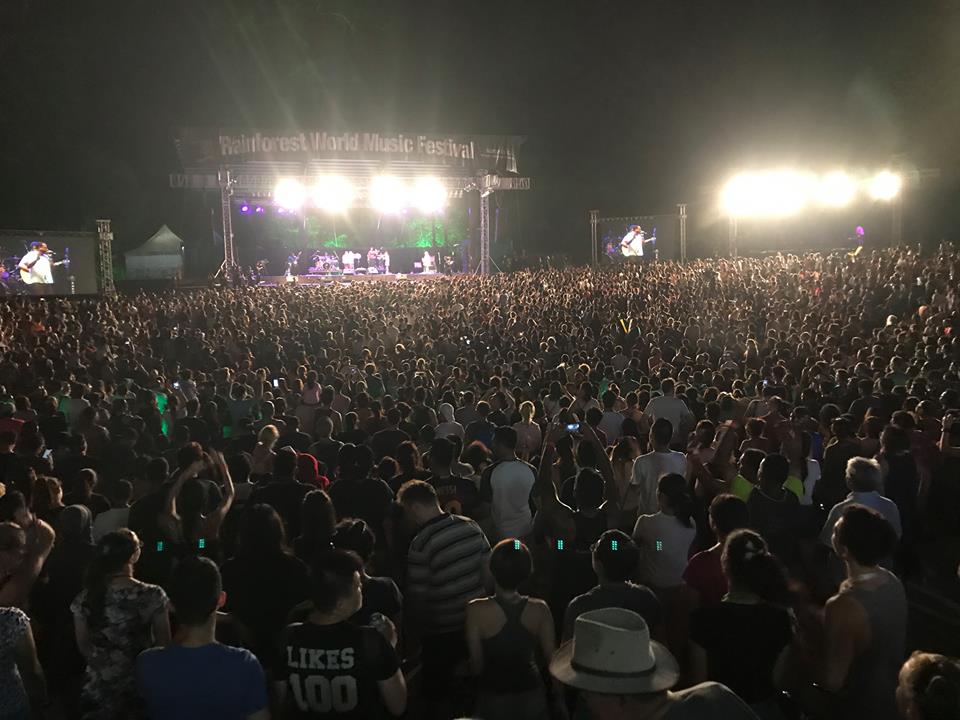 “Catch the World Beat” was the slogan of this year's 22rd edition of the Rainforest World Music Festival, which ran from July 12 to 14 in Sarawak, the Malaysian part of the island of Borneo. With its magical rainforest setting the Rainforest World Music Festival is one of the most scenic music festivals on the globe. This year the festival was attended by 24.000 people from all over the world. The line-up featured 30 bands and over 200 performers. With workshops, jam sessions and mini concerts in the afternoon and full concerts at night there was hardly any time for rest at this colourful festival, where the Malaysian cuisine is delicious, the atmosphere friendly and the music extremely varied.

Occitan folk polyphony
San Salvador from France only needed six voices, two drums, twelve hands, and a tambourine to impress the festival audience. These six young troubadours from the commune of Saint-Salvadour in the Massif Central are blessed with great voices, and use them to create a modern version of the Occitan a cappella (folk) tradition. To my surprise their Occitan polyphony was very well received by the predominantly Asian audience.

Sega from Mauritius
Mauravann consists of four well known artists from Mauritius: Linzi Backbotte, Emmanuel Desroches, Kurwin Castel and Samuel Dubois. The group was put together in 2016 by artistic director Percy Yip Tong, to showcase the music of these islands in the south western parkt of yjr Indian Ocean. Their repertoire is based on sega and its traditional instruments. Sega originated during the 17th century among slaves from different parts of Africa and Madagascar. Through music they expressed their unimaginable suffering, due to their exile and uprooting. Often played and danced round a bonfire, the sega came alive through the traditional instruments. Mauravann performed on the Theatre Stage, where it's always cool, thanks to the air conditioning. Singer Linzi Backbotte, the diva of the band, was in great shape. Her explanation and demonstration of the sega at the beginning of the concert was a little bit too long, but from the moment she started singing everybody in the audience was blown away by her sweet, powerful soulful voice and her expressive dancing. She was backed by three young Maurtitian musicians on guitar, percussion and traditional instruments such as ravanne (frame drum). What makes Mauravann so interesting is the innovative way they change the traditional sega 6/8 beat. The audience was unanimous in their enthusiasm. No wonder Mauravann was rewarded with a standing ovation.

Hypnotic blend
Mehdi Nassouli is a rising star on the firmament of Moroccan music. The young gimbri player from Taroudant (South-West Morocco) is part of a new generation of gnawa musicians. Nassouli was immersed in gnawa music from a very early age, since his parents and grandparents were also musicians. Gnawa is a hypnotic blend of African, Amazigh and Arabic influences. In the Theatre Stage Mehdi Nassouli presented his group with traditional gnawa musicians. The quintet presented a spellbinding show with Massouli on gimbri and four smiling acrobatic dancers and musicians who played the karkabas (metal castanets).

Unique technique and style
Rajery, born Germain Randrianrisoa, is a maestro on the valiha (a tubular harp made of bamboo), the national instrument of his homeland of Madagascar. As an infant, he lost  one of his hands. Despite that handicap he taught himself to play the valiha. Rajery was born in 1965 in the northern part of Madagascar. As a teenager he was ridiculed by his peers for his fascination with the valiha, an instrument that requires the use of both hands. In overcoming his physical limitations he developed a unique technique and style. When Rajery grew up, there were no formal instructions on how to play the instrument, so he decided to write them himself. This led to the publication of his book The Secret of the Valiha, which also includes a system of musical notation. Since 2006, Rajery has been a member of 3MA, a trio that will be showcased at WOMEX 2019 in Tampere (Finland). His show at the Tree Stage, one of the two big stages, was an exciting mix of traditional Malagassy music with rock,  pop and South African influences. One of the guitar players in his band was missing because he had lost his passport on the way to the festival. Therefore Rajery was accompanied by only three musicians on bass guitar, drums and percussion. And although most people in the audience had probably never heard of Rajery, everyone ended up dancing.

Cape Verdean party in the rain forest
The closing act of the festival was Tabanka, a group of musicians with Cape Verdean roots based in Rotterdam. Inspired by legendary artists from Cape Verde, such as the band Bulimundo, singer Américo Brito and accordion player Bitori, this super energetic collective brings contemporary interpretations of the funaná, the uplifting dance music from the island of Santiago, developed by slaves. In the eyes of the Portuguese colonizers the funaná was too wild and too African, and consequently this sensual dance was banned for a long time. The cross-pollination of funaná, pop and jazz which took place in the 1980's was part of the development of the Cape Verdean identity, which reached full maturity after its independence in 1975. The basis of the funaná is laid by the gaita (accordion) and the ferrinho, a metal bar with notches, which is played at lightning speed. Tabanka adds tingly fresh guitars, reminiscent of the Congolese soukous. They built a great Cape Verdean party in the rainforest of Malaysia. And what a party it was!