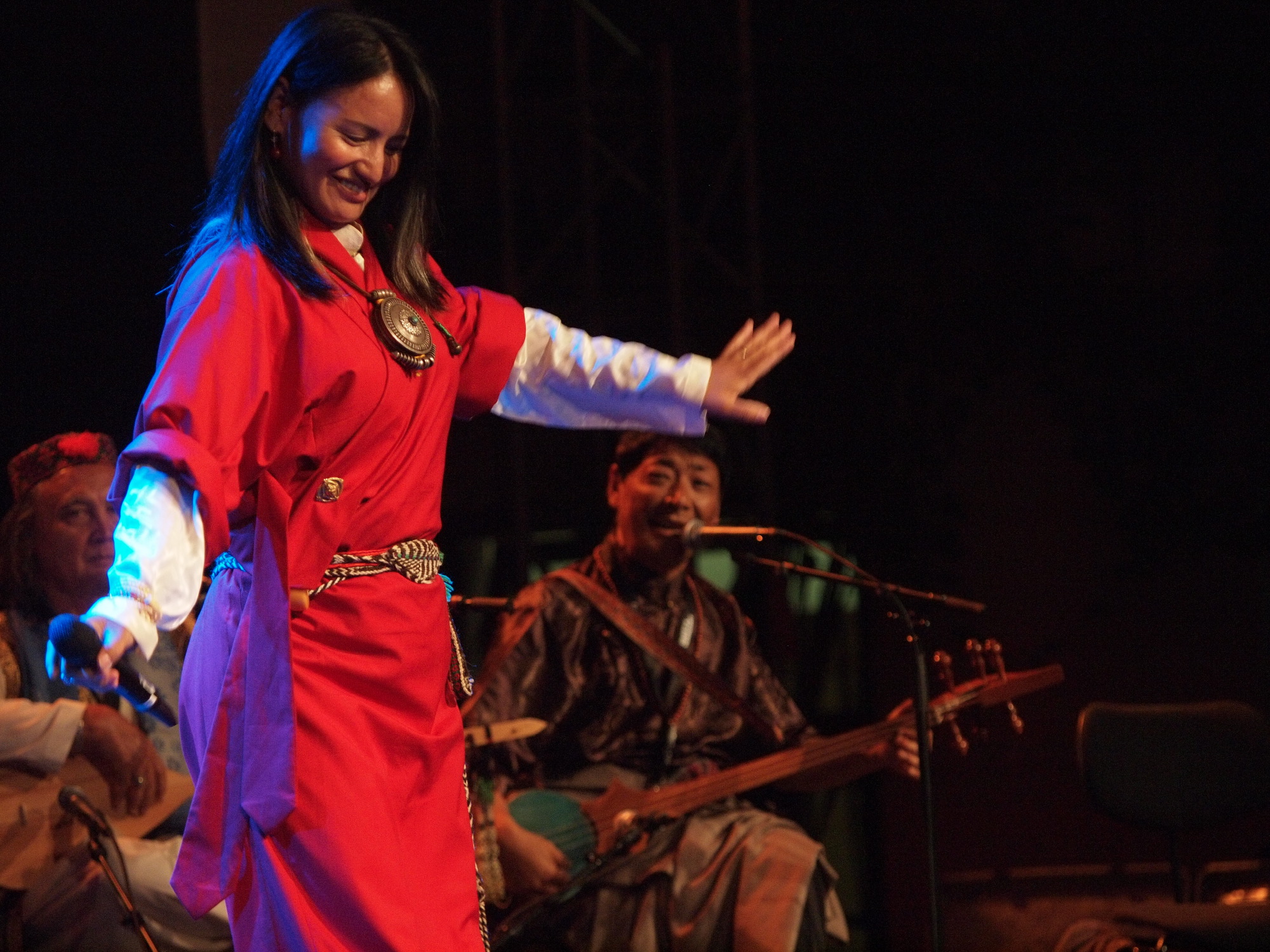 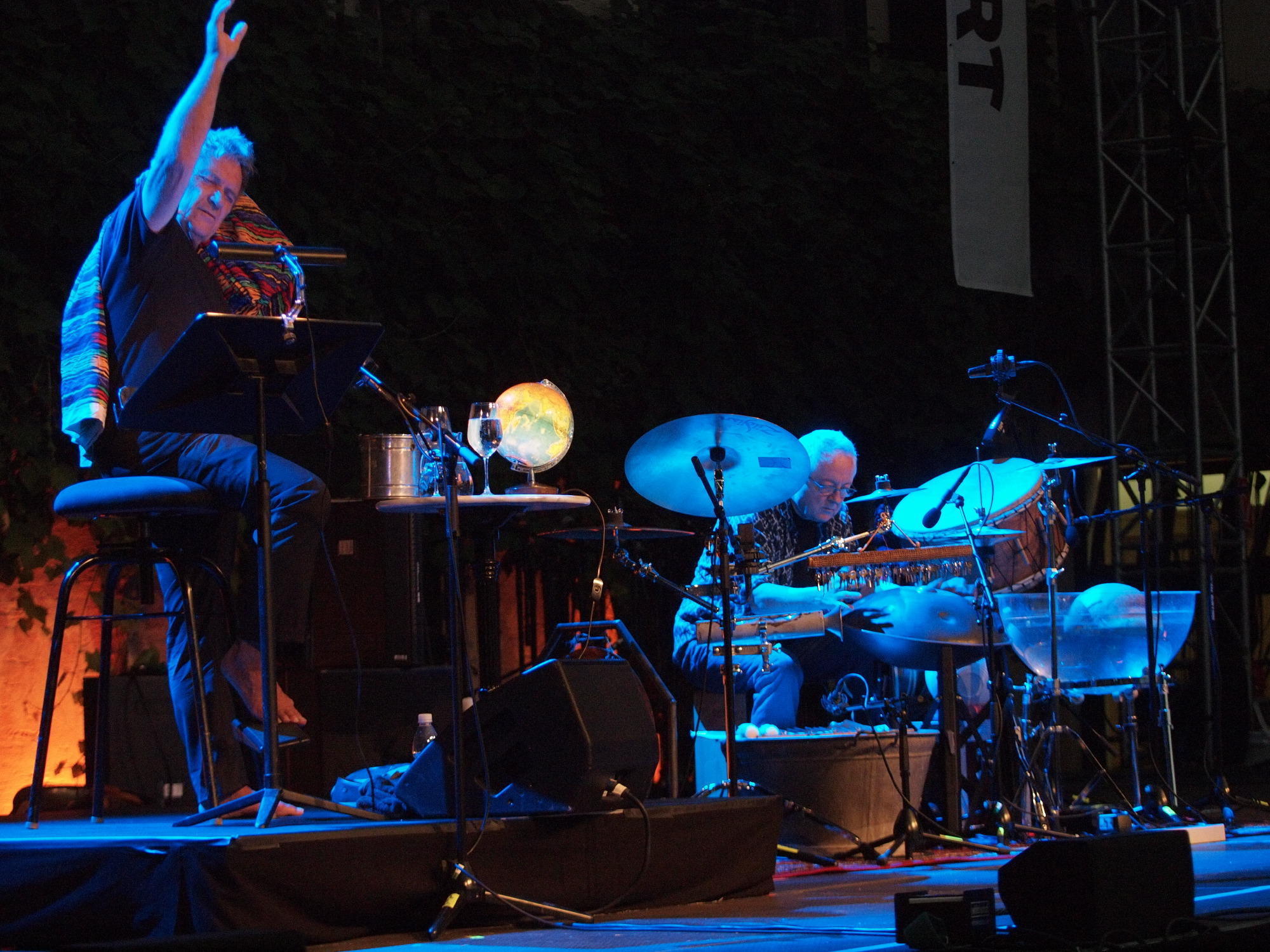 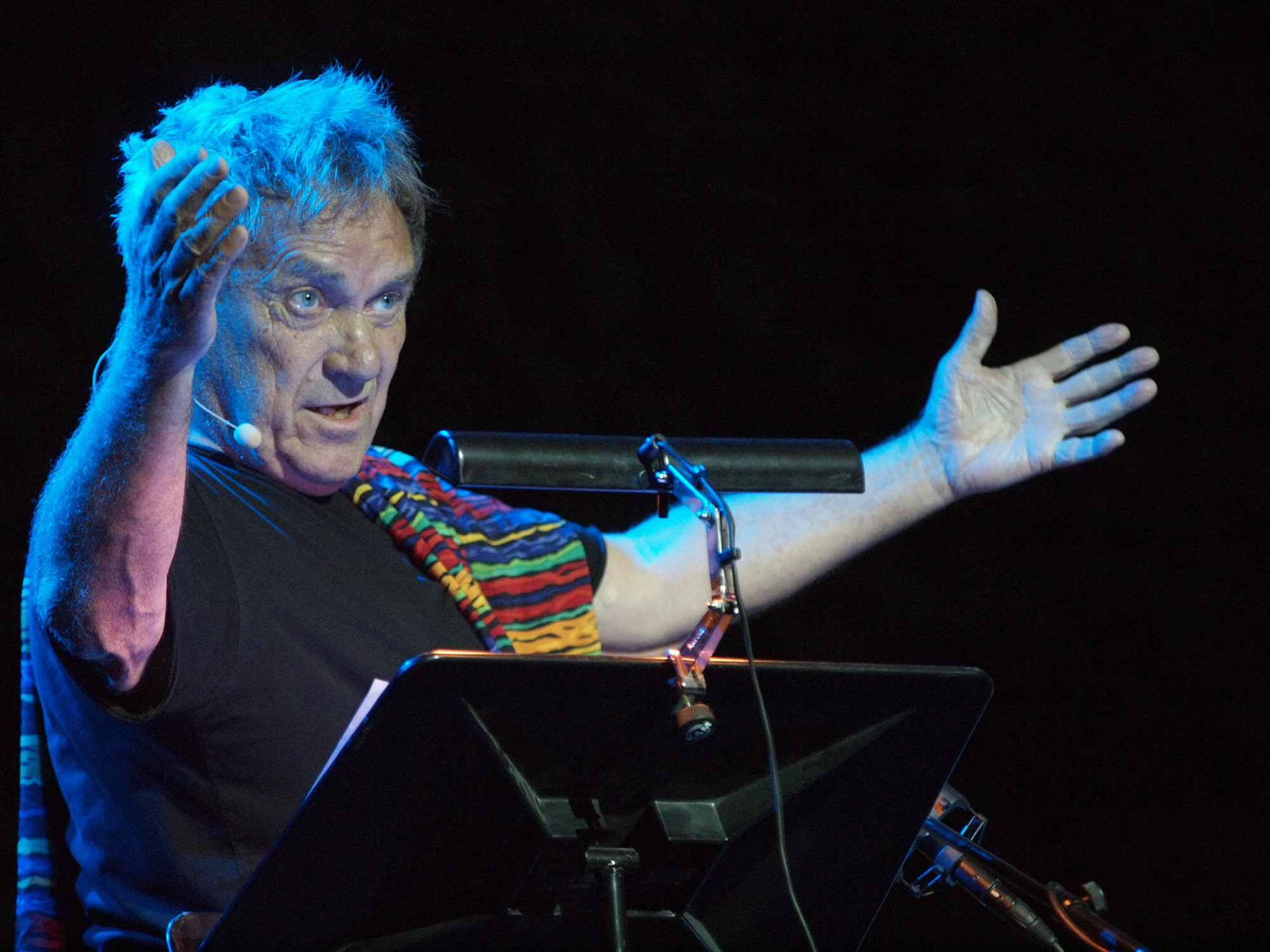 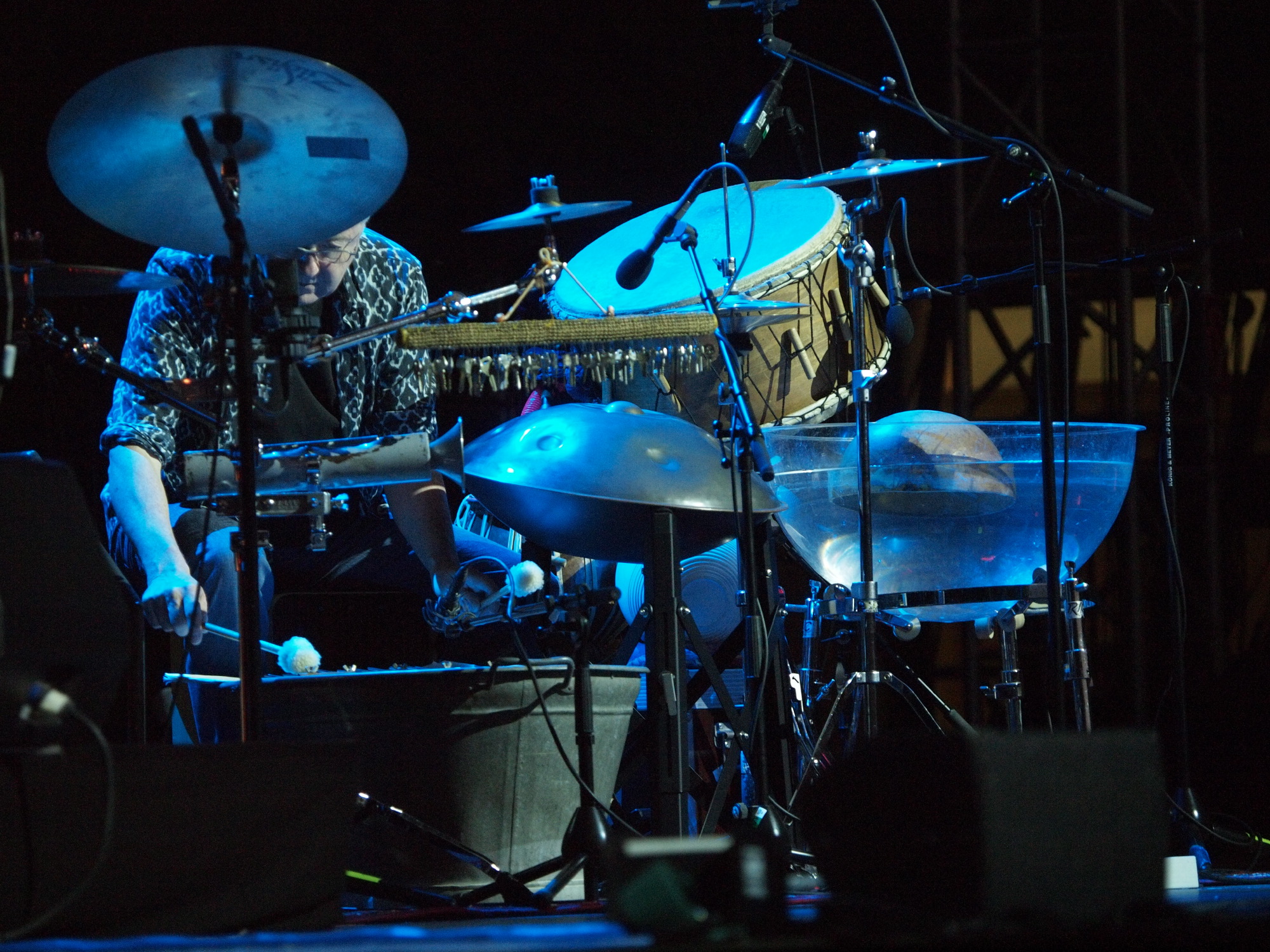 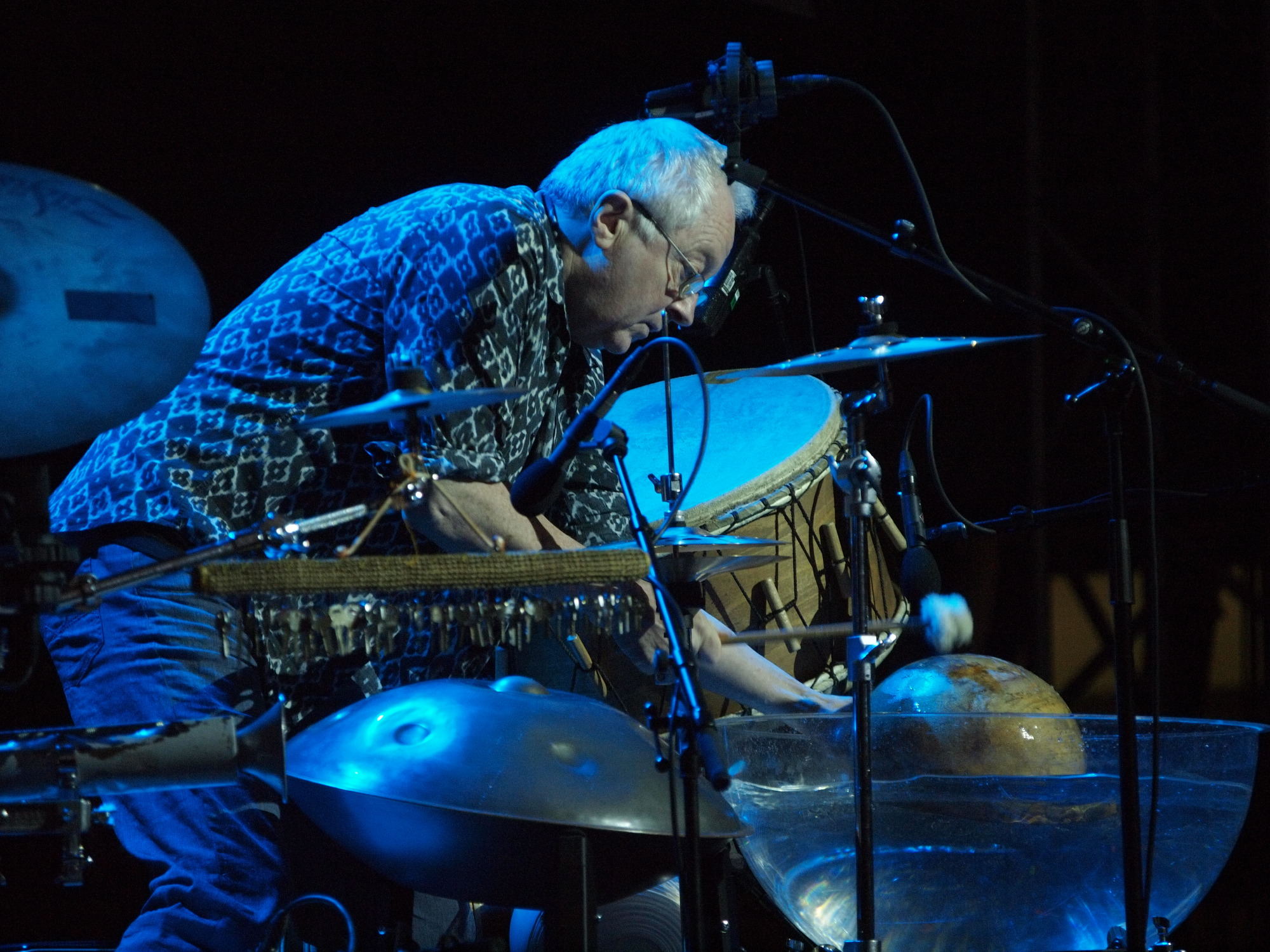 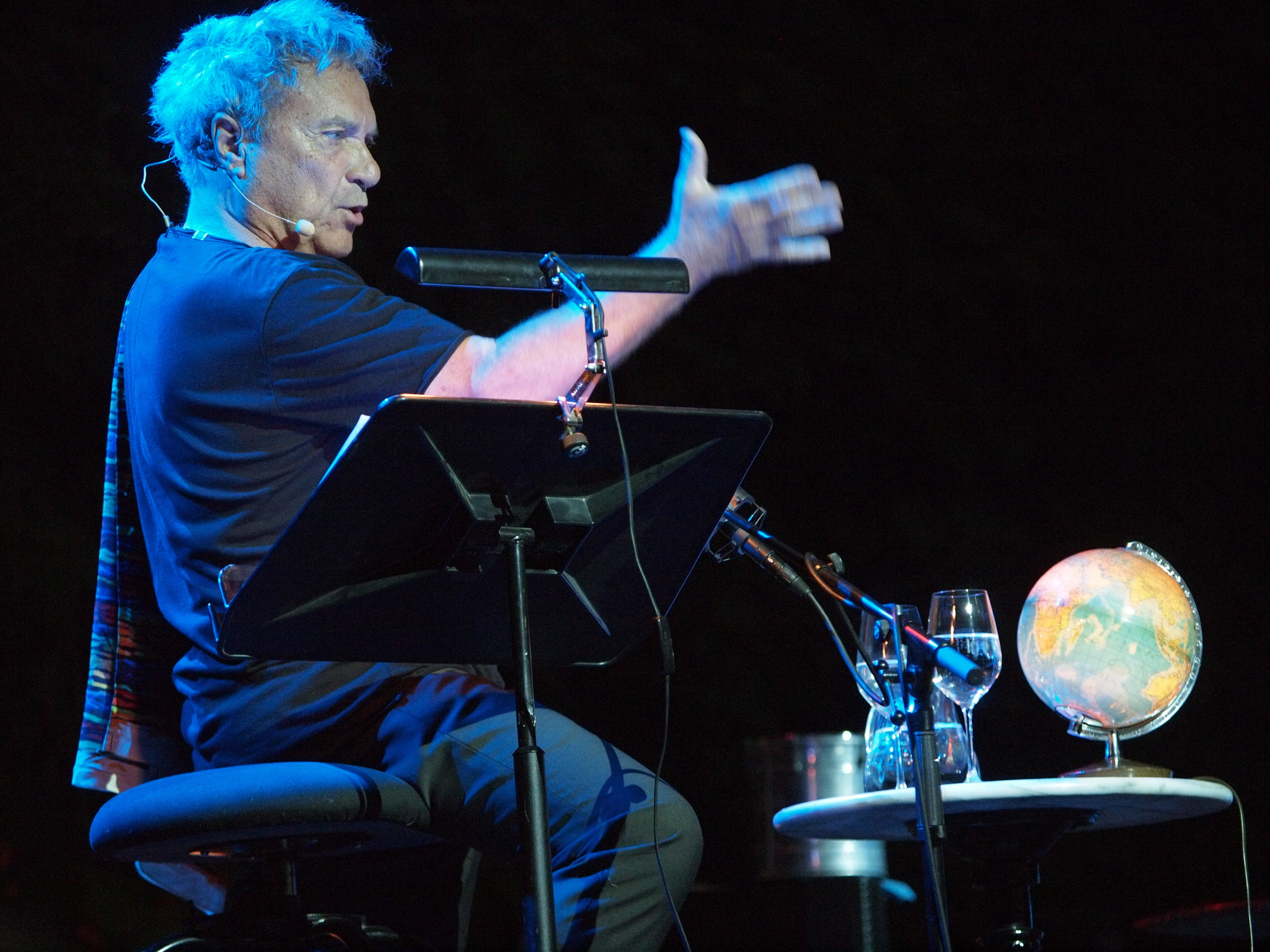 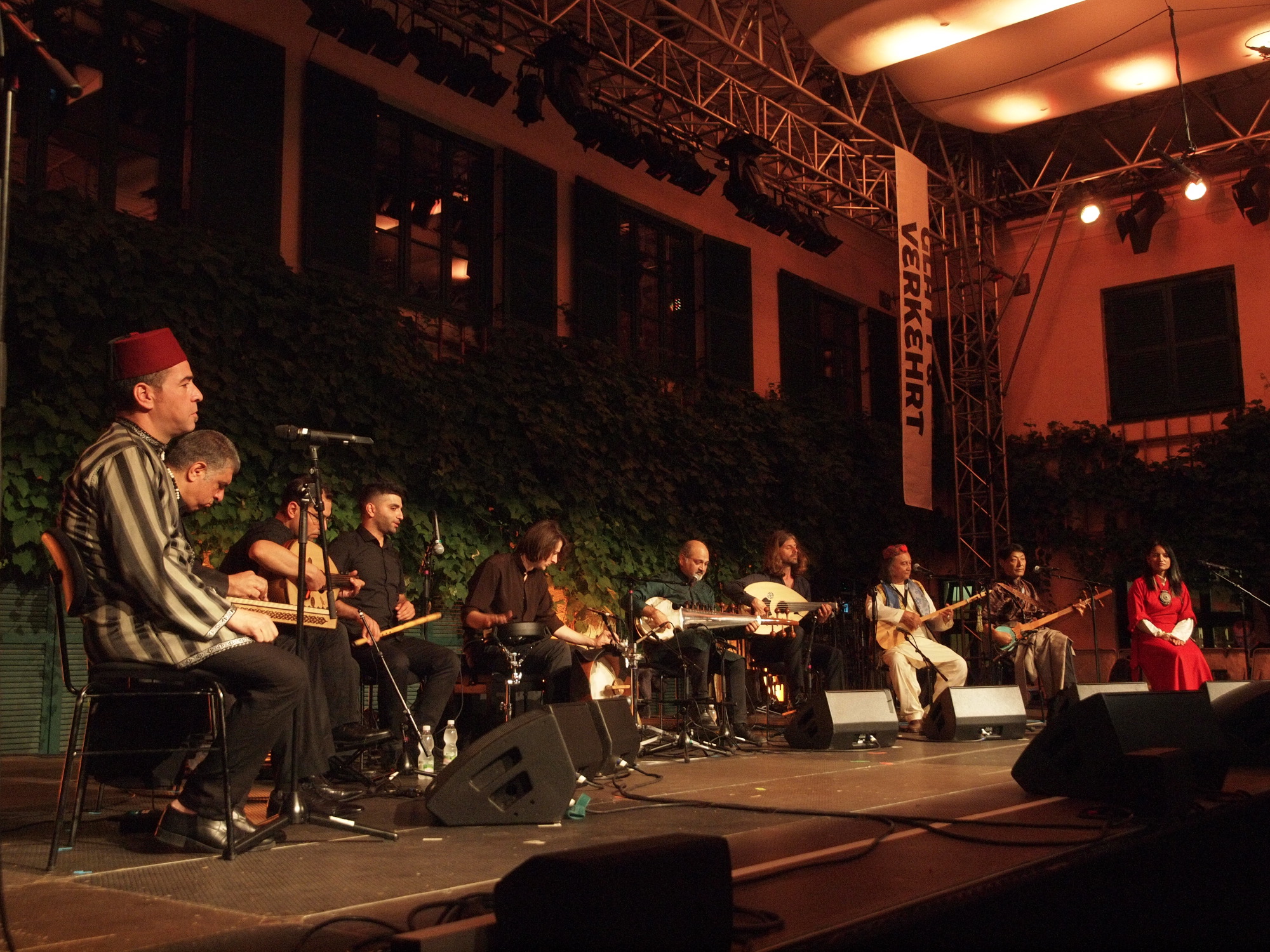 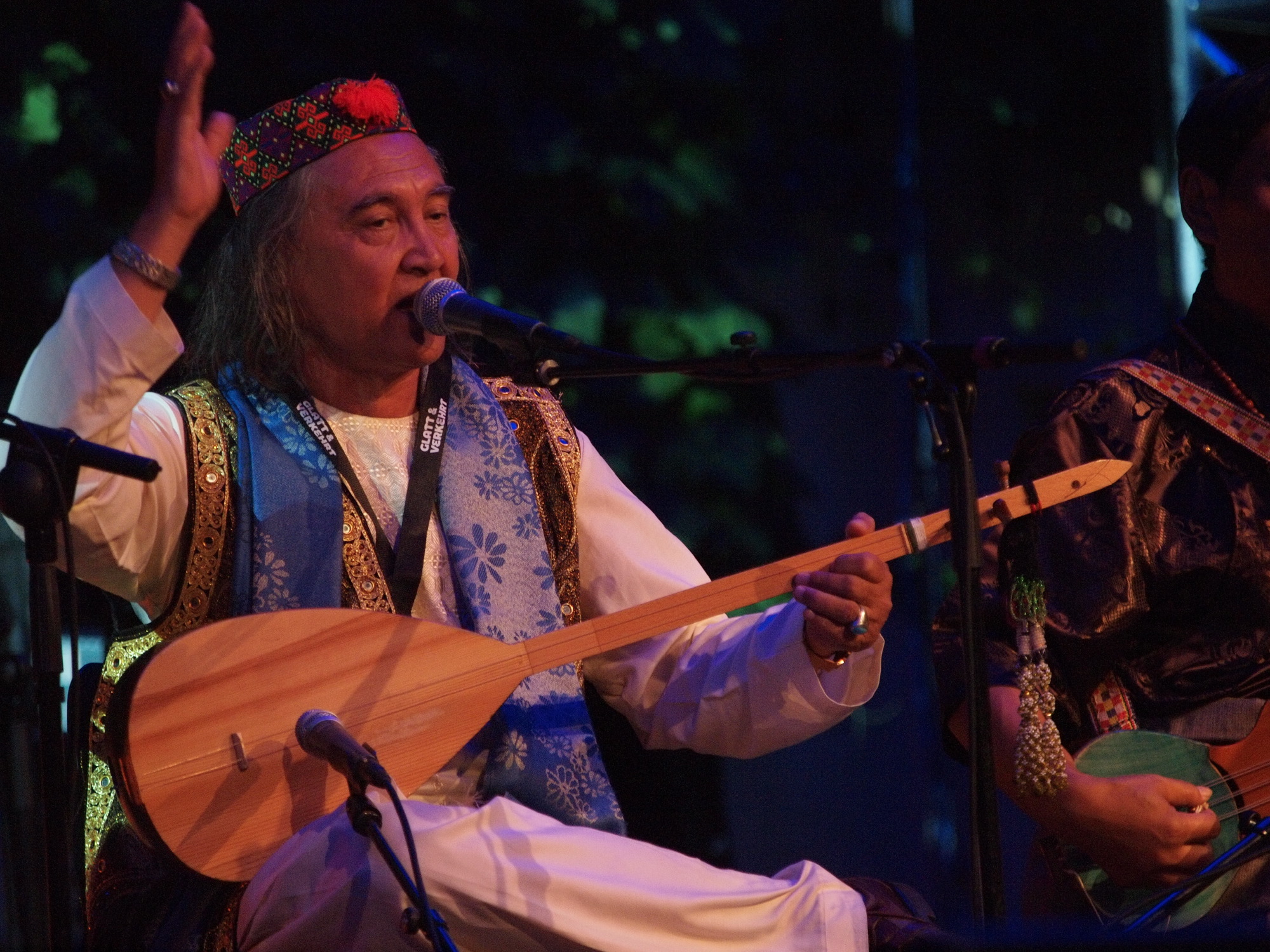 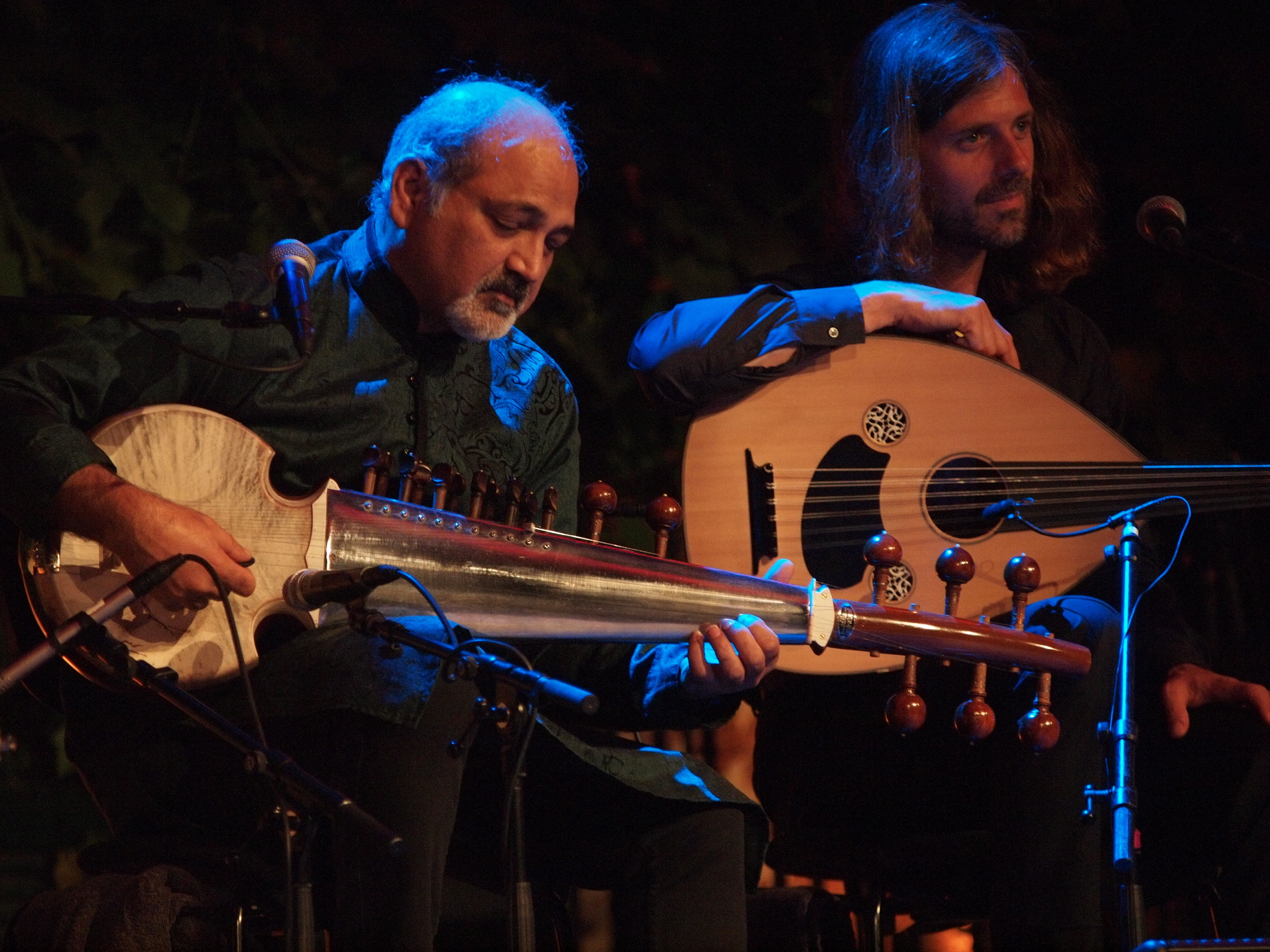 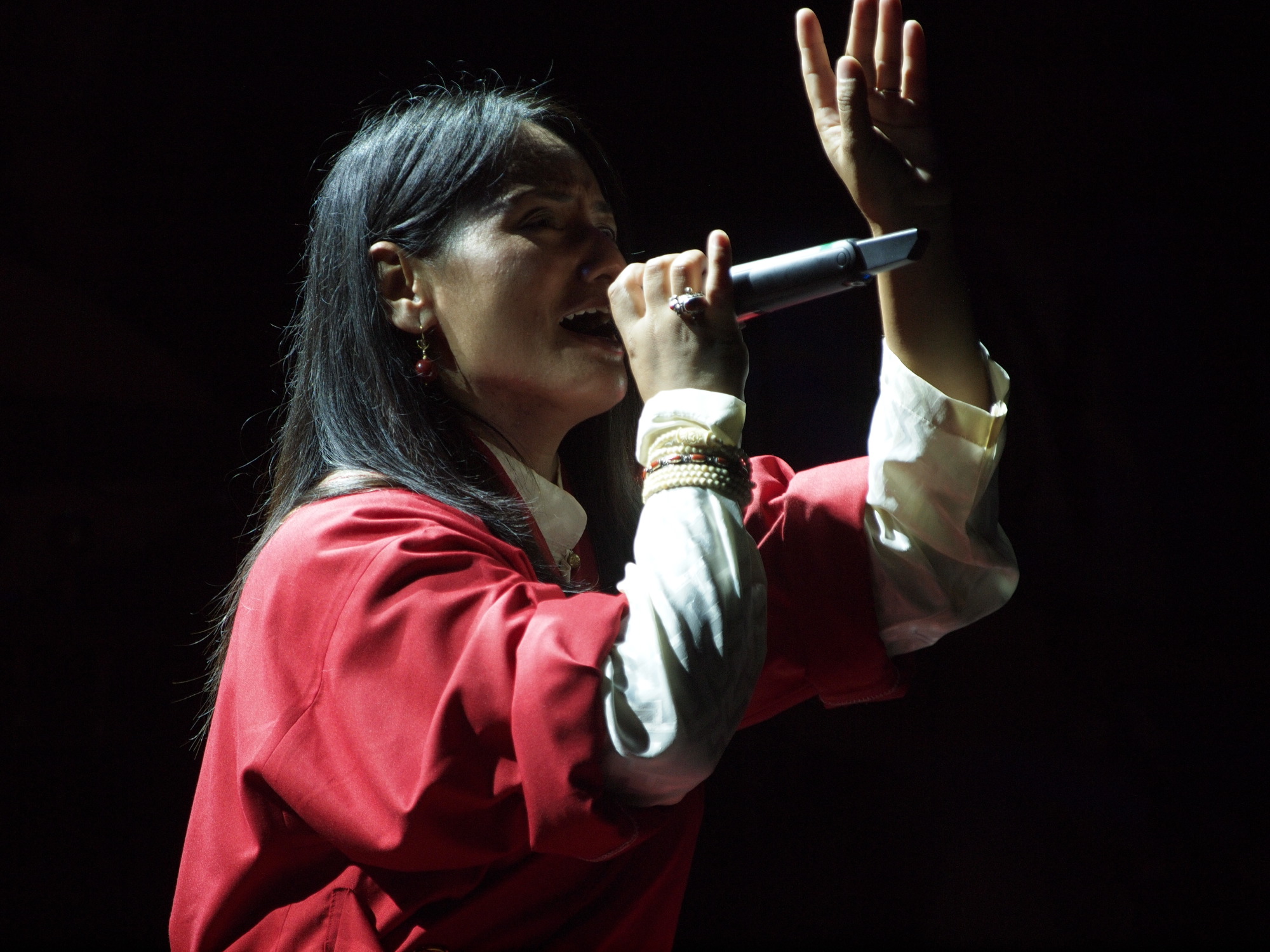 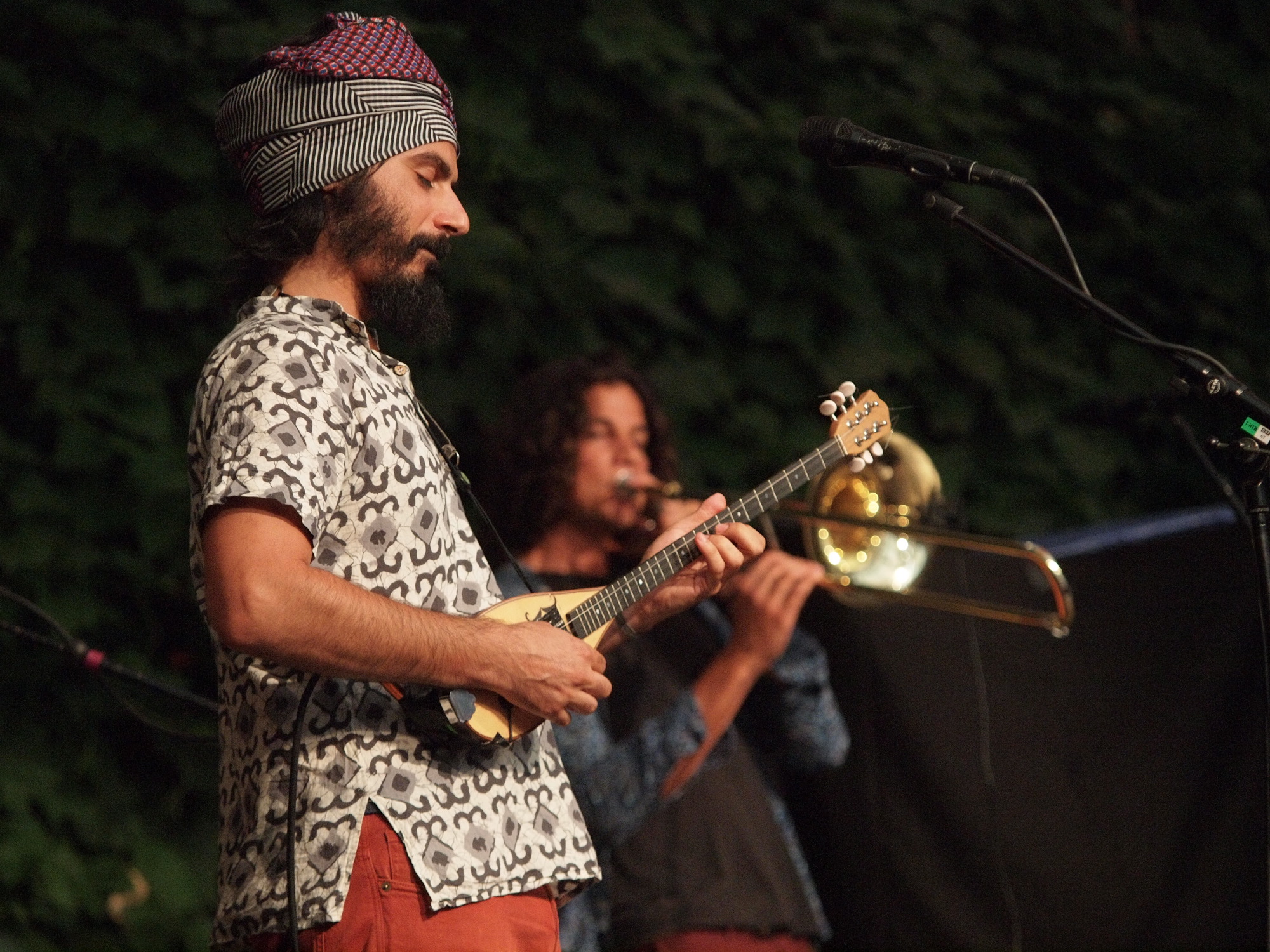 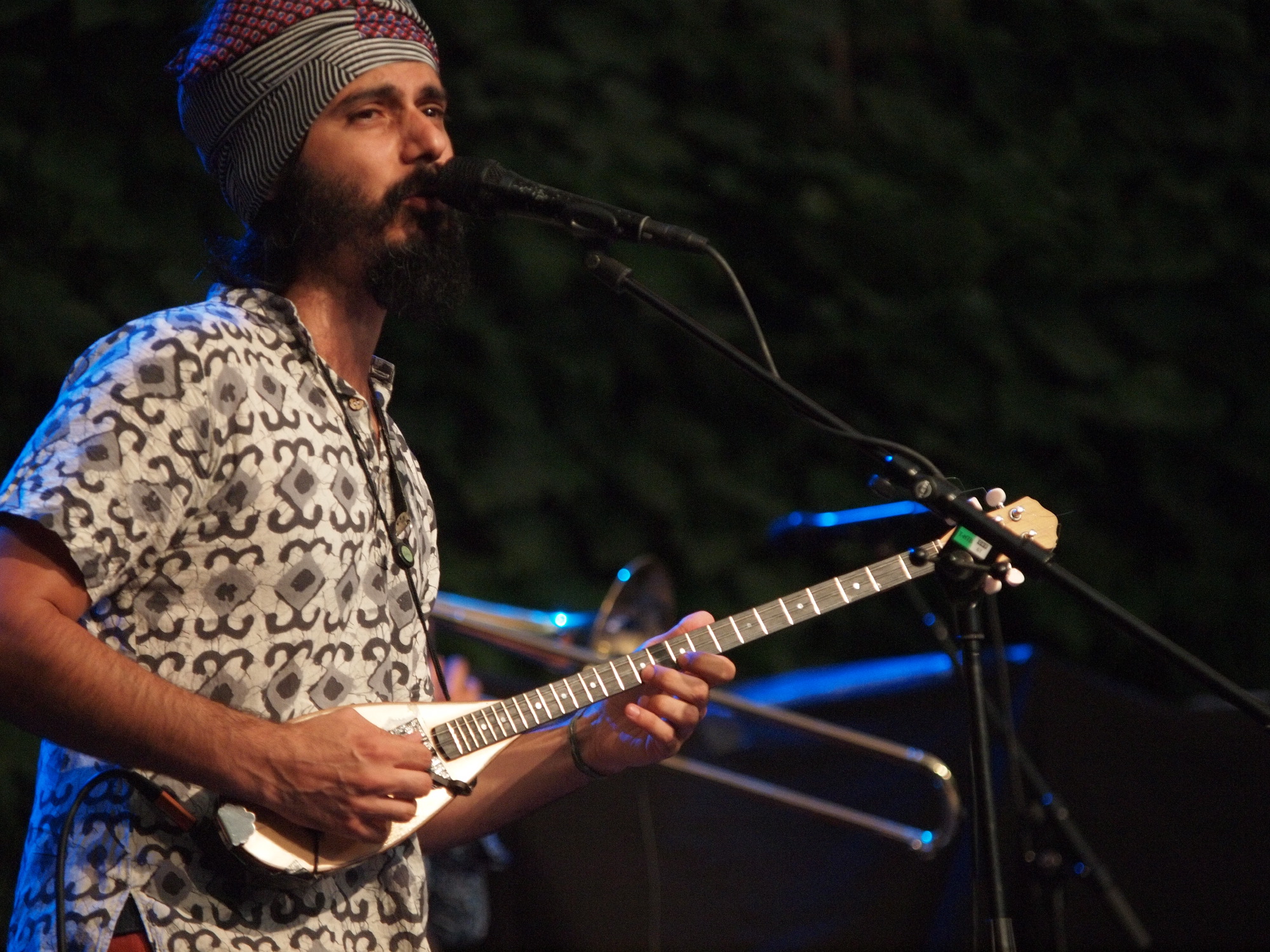 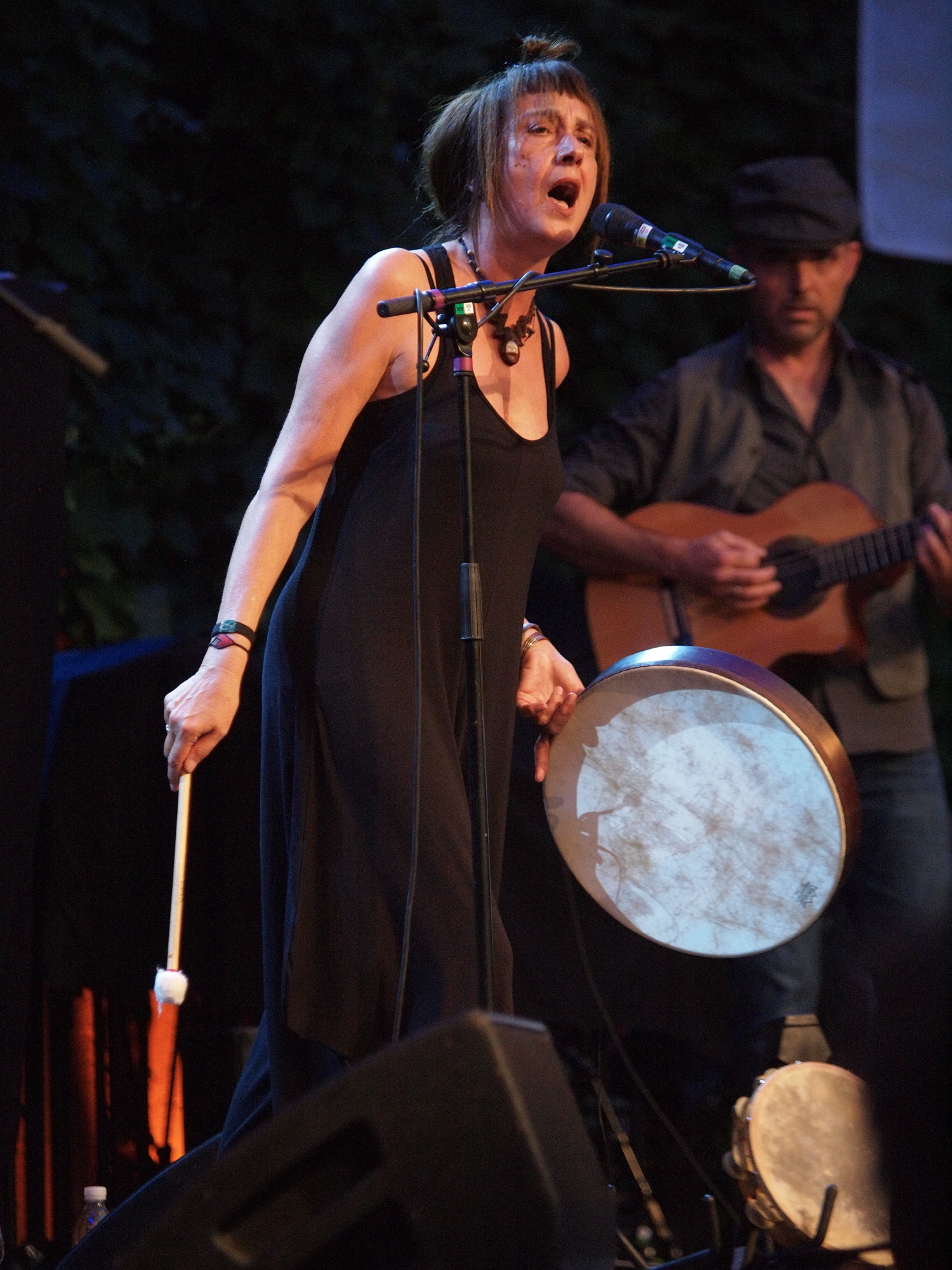 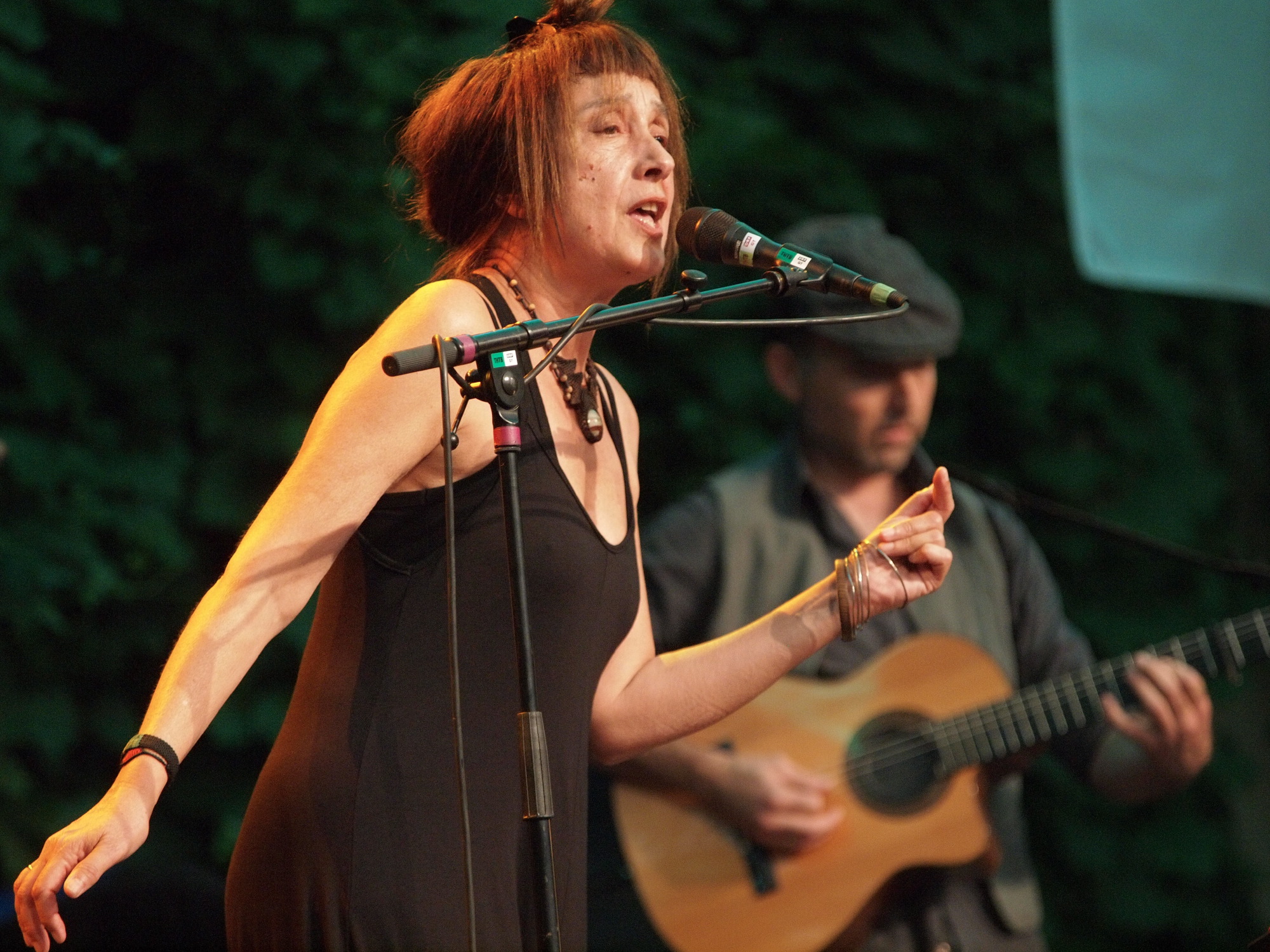 Since Travel is the overall theme of this year's edition of Glatt und Verkehrt, songs of migration and diaspora were rather obvious focus points. But in Krems they not only embrace every kind of music known to man; if needed, they even look beyond the realm of music in their quest for surprizing festival material. And since travel has always led to storytelling, they decided to have one of the oldest travel stories retold live on stage.

Enter Wolfram Berger, Austrian actor and well known 'radio and movie voice', who had already read Homer's Odyssey two years before at a festival near Stuttgart. Especially for Glatt und Verkehrt he and master percussionist Peter Rosmanith got together to create a performance in which the story is accompanied by a collage of percussive sounds. To call Rosmanith's rhythmic arsenal a percussion set, would be a serious understatement. His impressive set-up might be more aptly decribed as a miniature ecosystem of rhythmic creatures in which he himself was often barely visible. Amidst a variety of contraptions including a hang (the well-known 'flying saucer' from Bern), an African water drum, a huge military style bass drum, a cajon, and various chimes, cymbals and gongs, Rosmanith was constantly moving around to create sounds that  would underscore the storyline. In doing to, he added a new dimension to the old story, stimulating the imagination of the listener in an unusual but highly effective manner.


Being the story instead of telling it
The ten members of Refugees for Refugees, a project iniated by MuziekPublique - a cultural organization in Brussels dedicated to 'finding the world in our own neighbourhood' - do not tell the story of their travels; they ARE that story. It is a pleasure to see how this group, which was originally put together to convey a message about forced migration to the world, is gradually turning into a real band. This was the third time I saw them in the three years since they were formed, and every time they are better and more organically working together than before. Rather than patiently waiting for their 'turn', they now actively contribute to each other's material. It's a wonderful sight to watch Syrians, Iraqi and Tibetans sing along with the Afghan troubadour Mohammad Aman Yusifi in his native tongue.

So much for heroes
Monsieur Doumani, a trio from Cyprus, had brought along two special guests to join them on stage for a few songs. Although Kristi Stassinopoulou and Stathis Kalyviotis were introduced by Doumani singer Antonis Antoniou as 'two of our own musical heroes while we were growing up', they could have easily done without these 'pioneers of modernizing Greek traditional music'. The three lengthy pieces they performed together, were rather monotonous and even boring. Without their heroes, Antoniou and his two collaborators on guitar, flute and trombone were much more convincing, thanks to their well worked-out compositions and arrangements full of subtle details, instrumental breaks and changes.