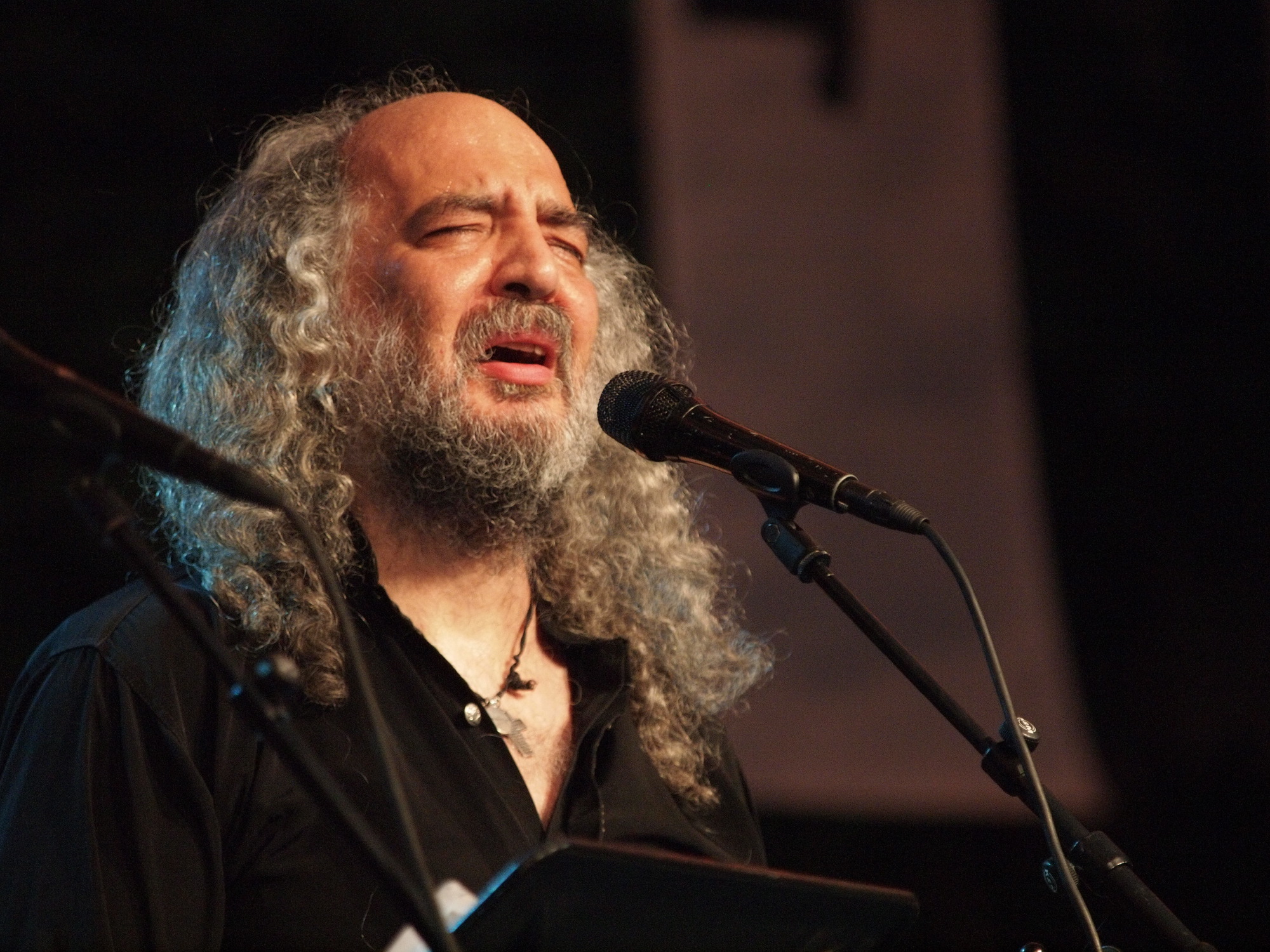 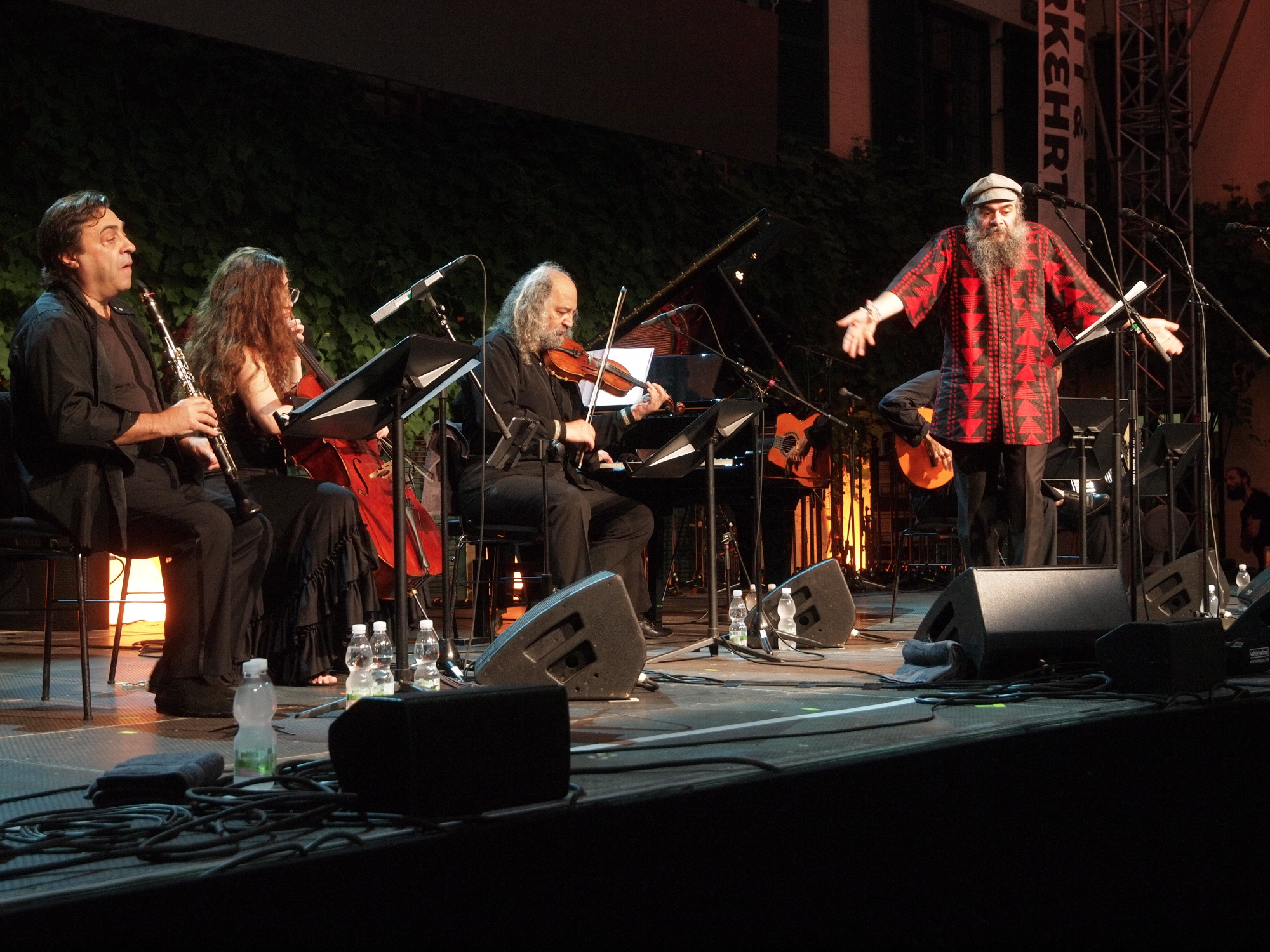 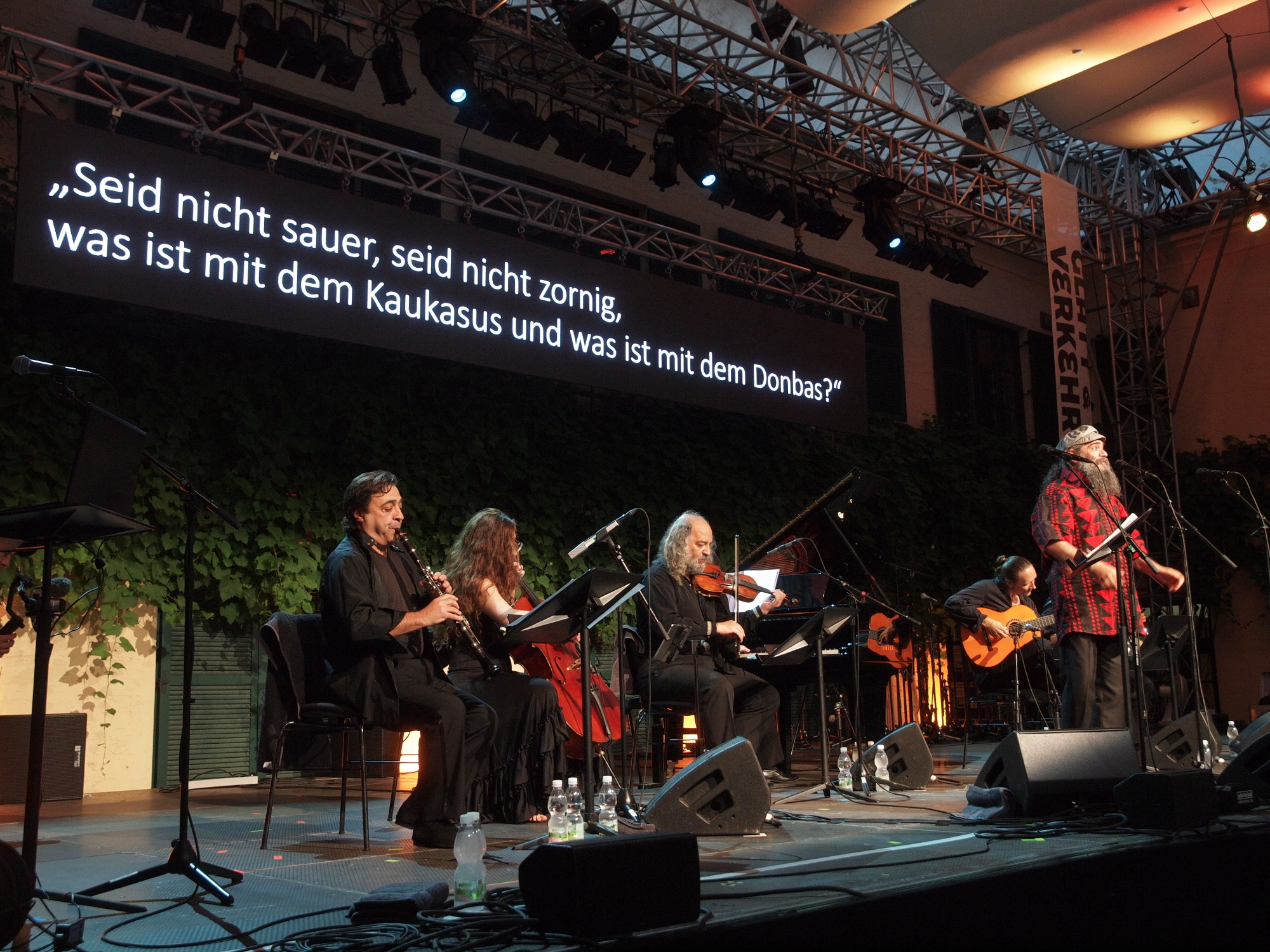 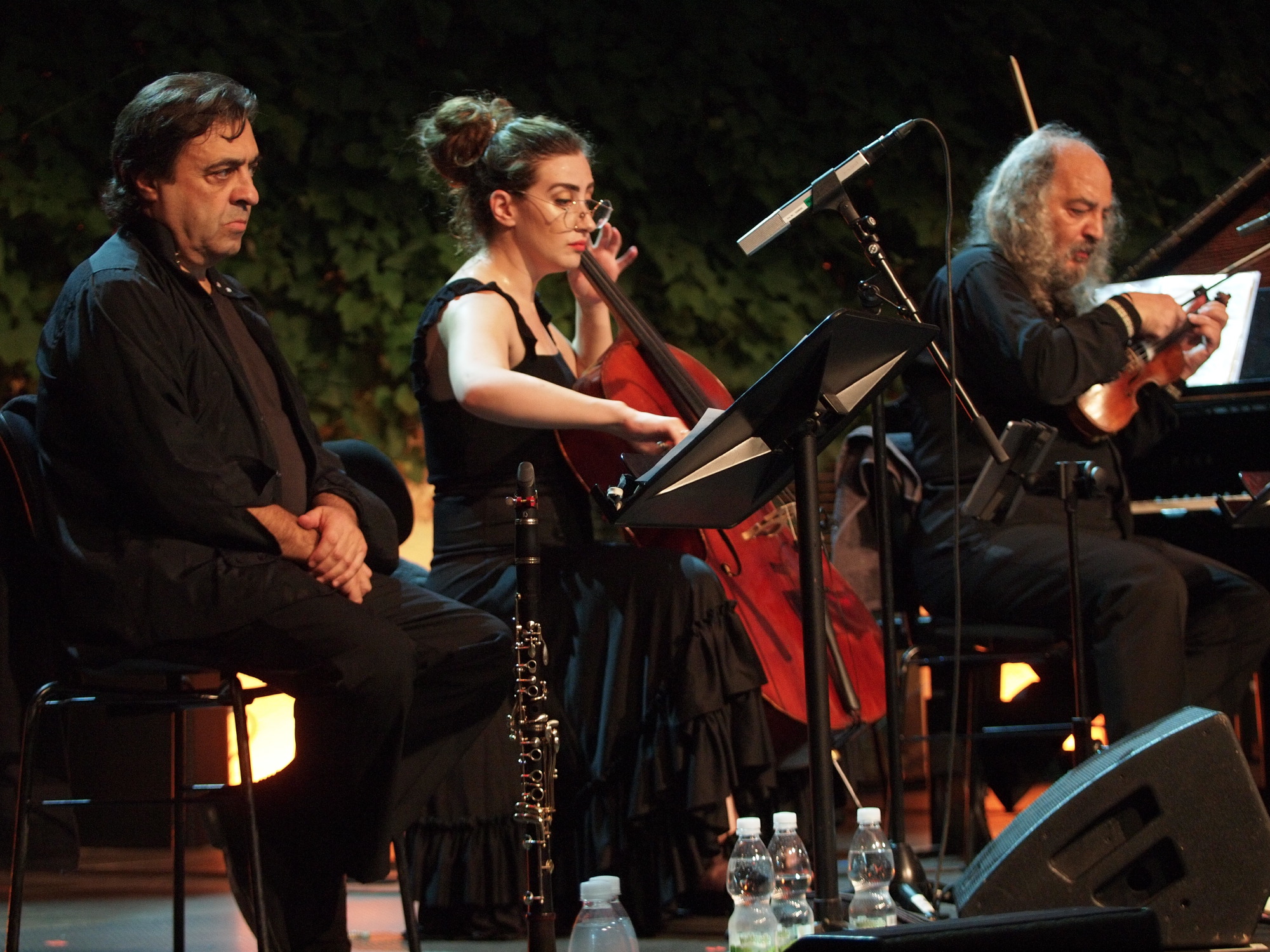 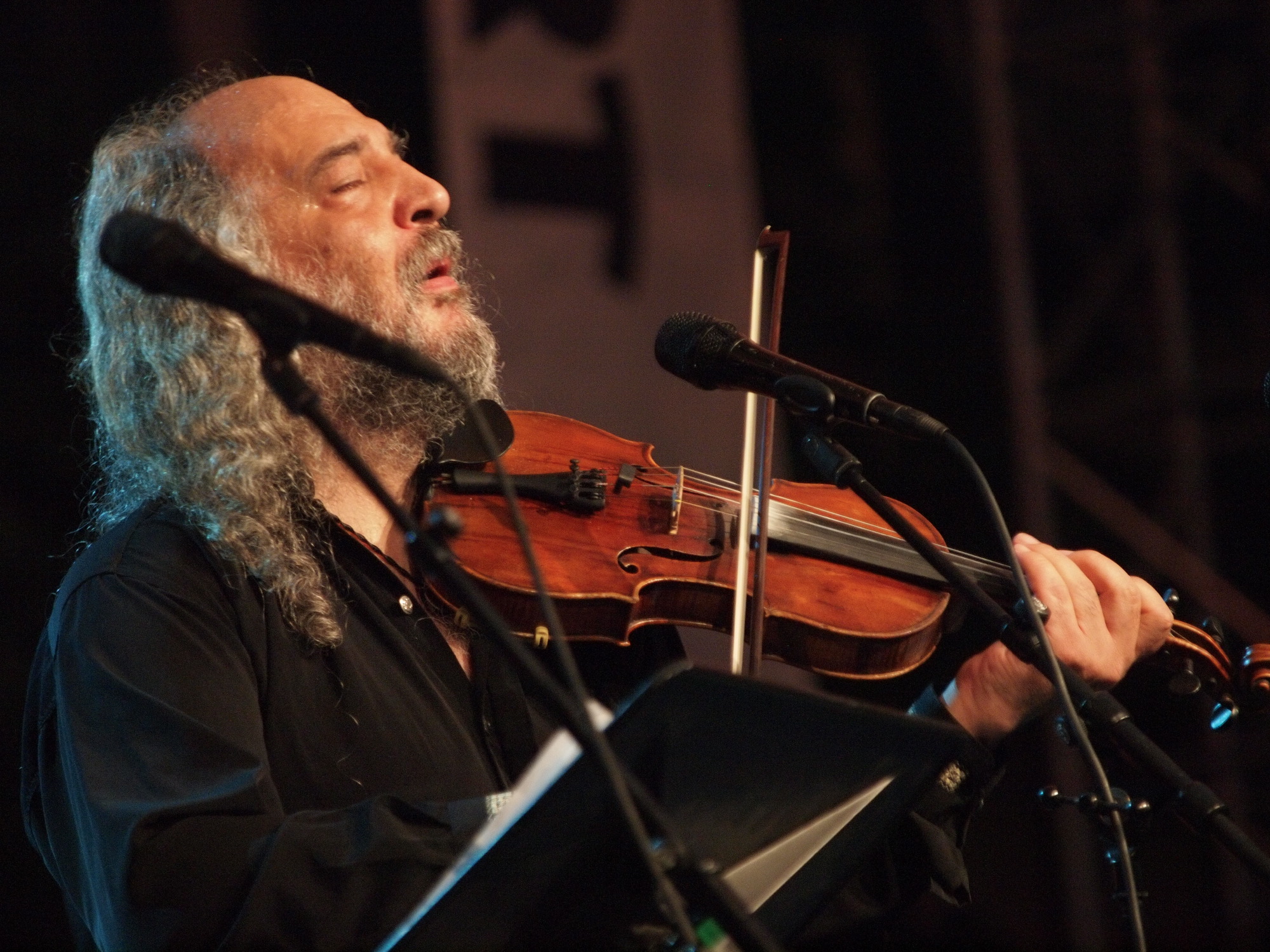 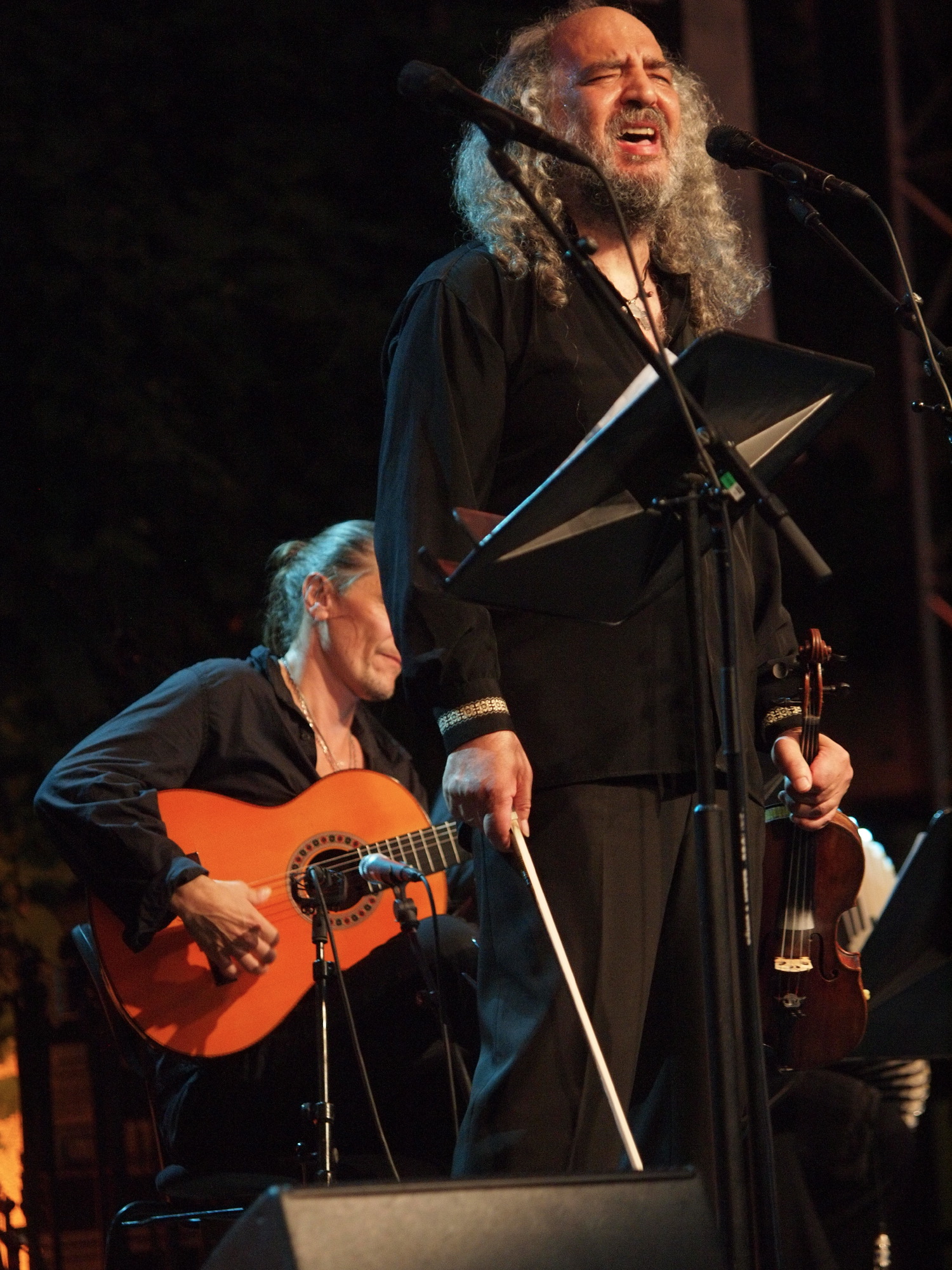 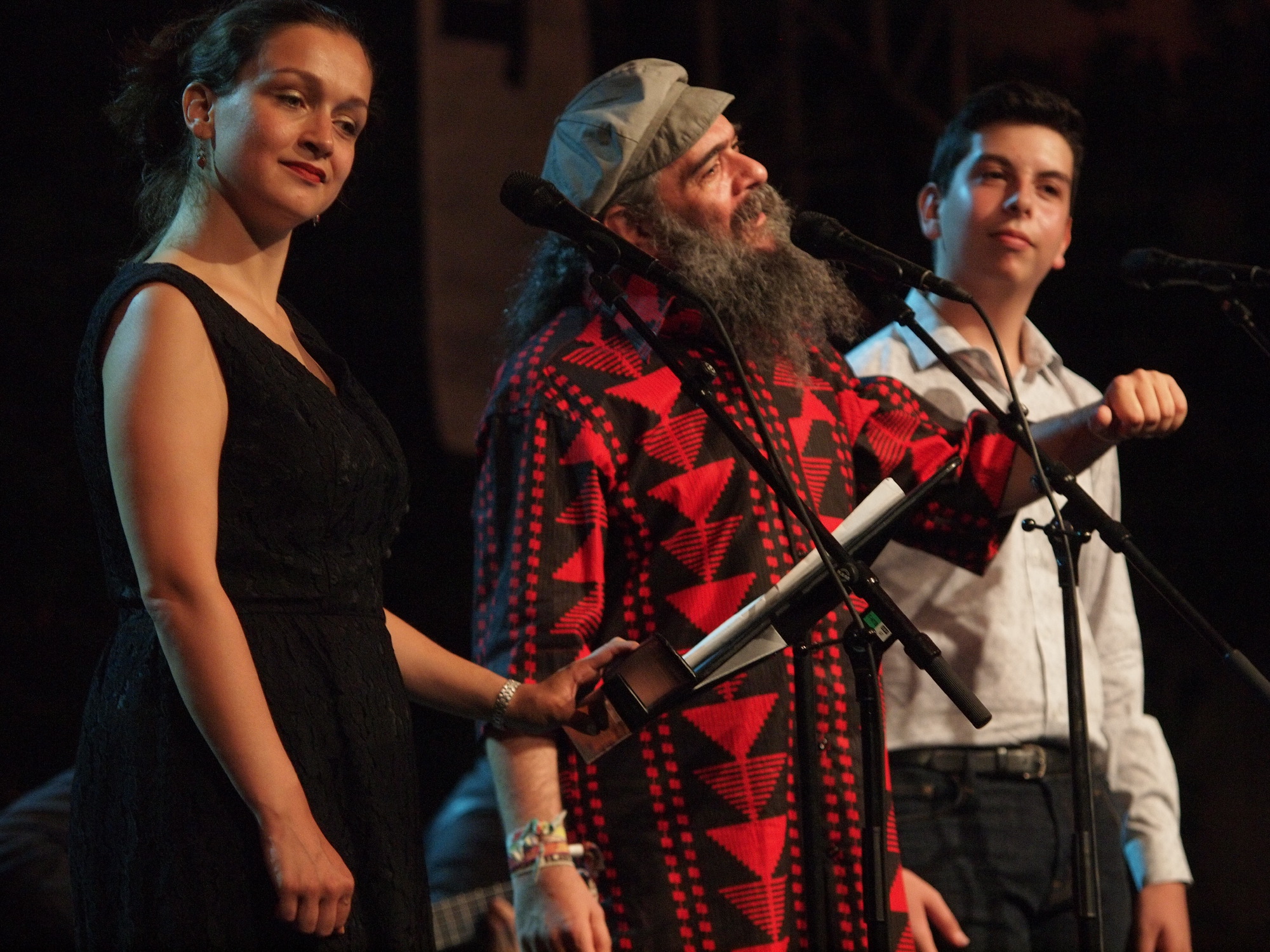 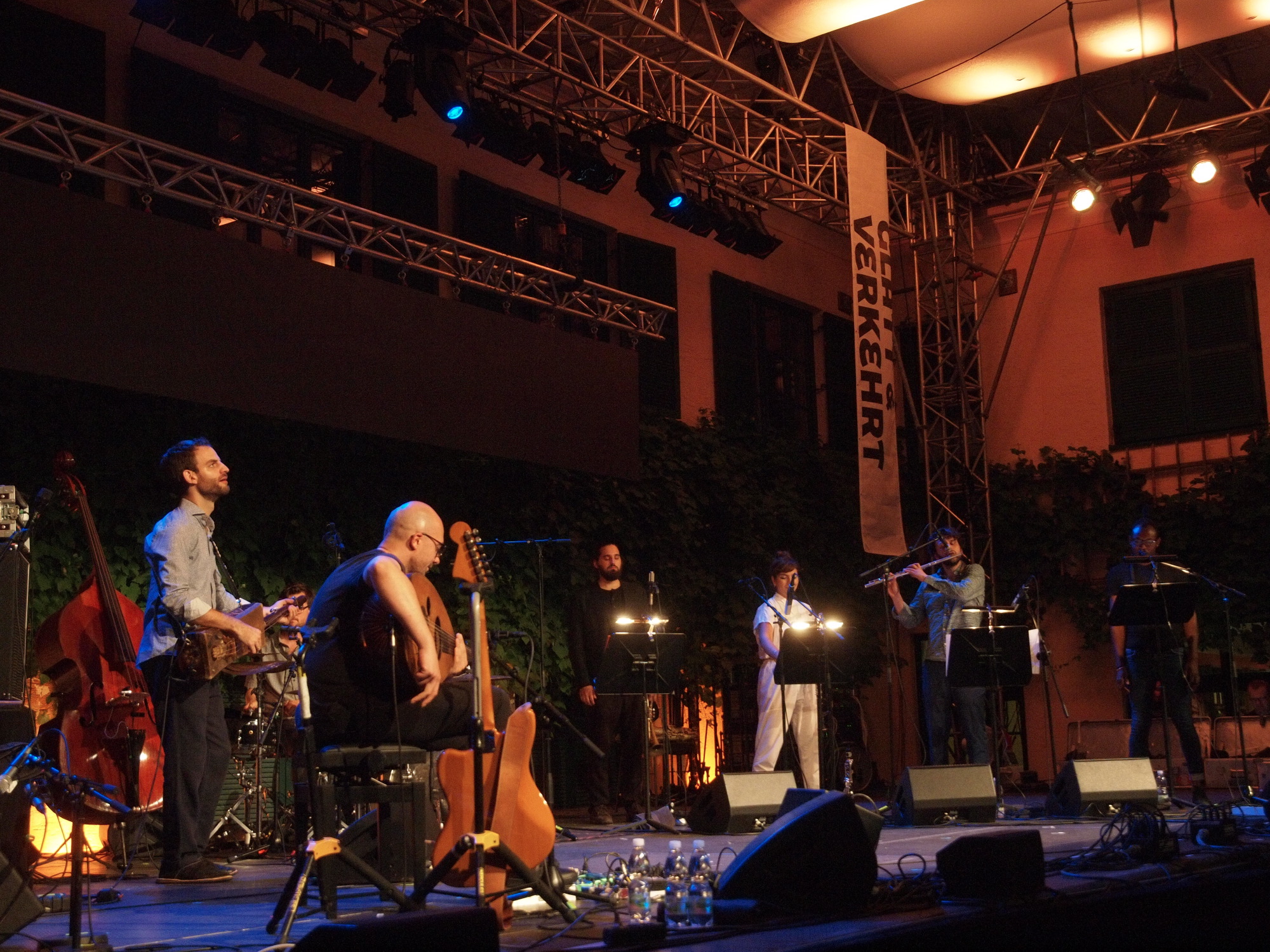 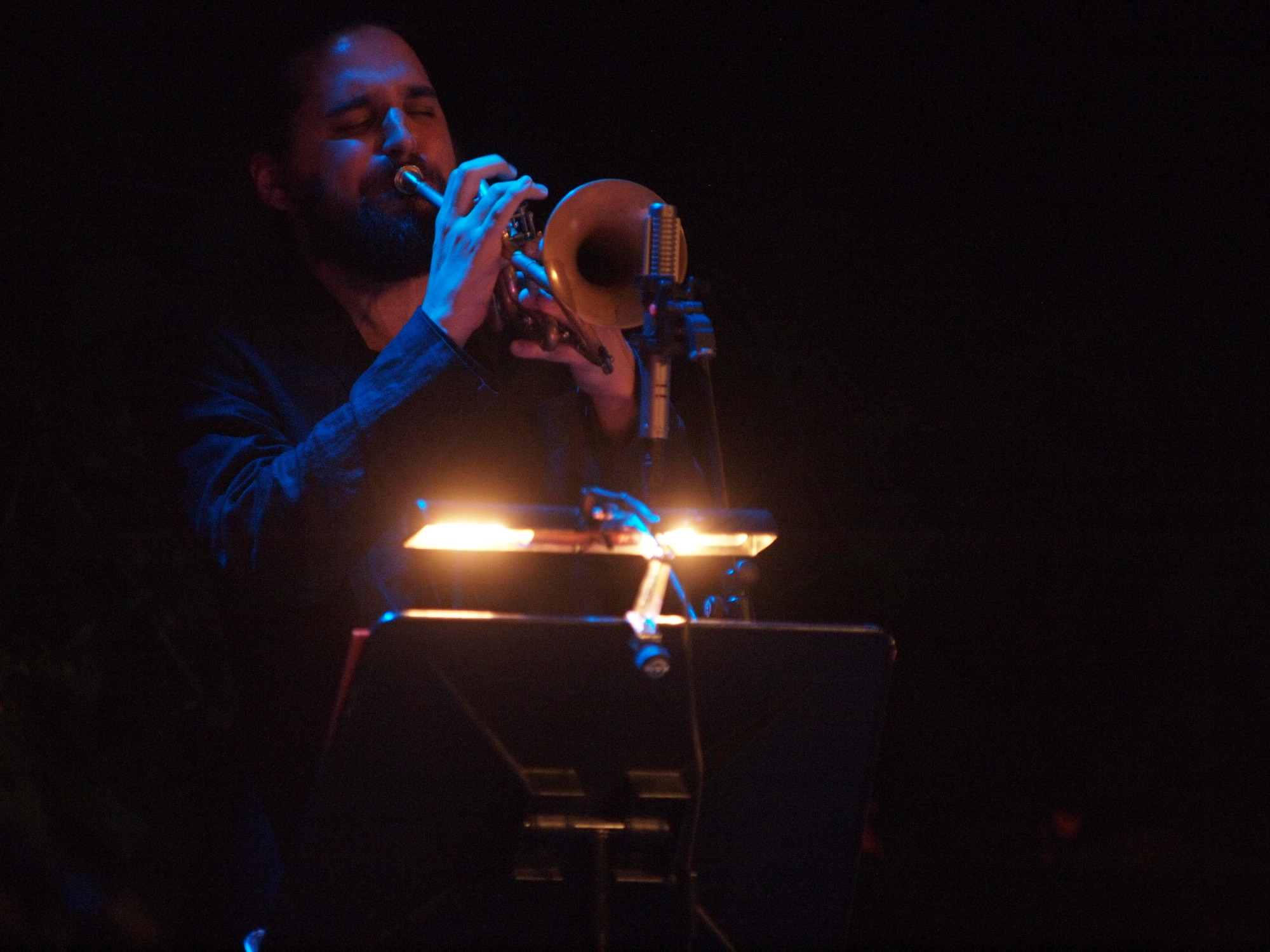 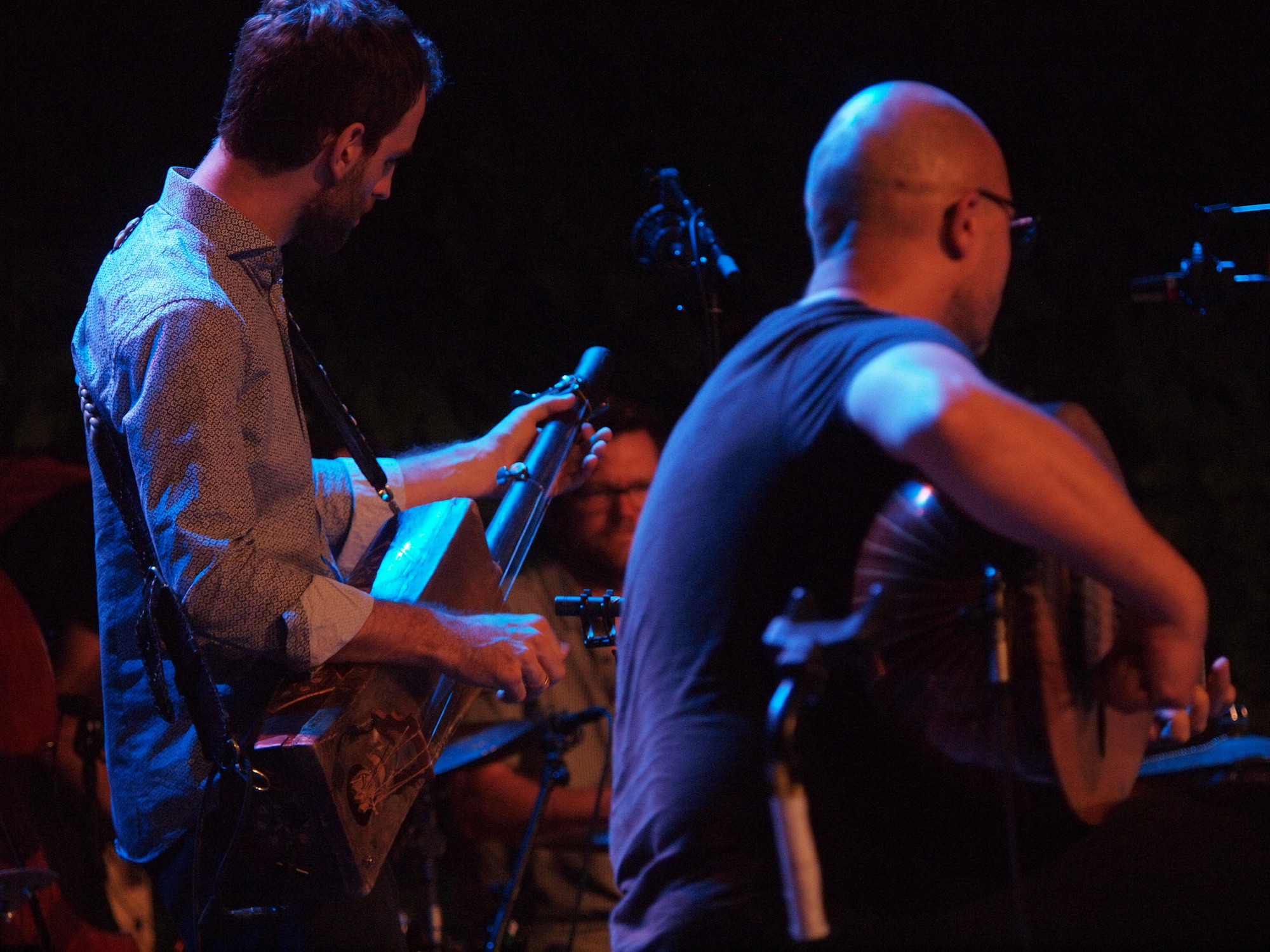 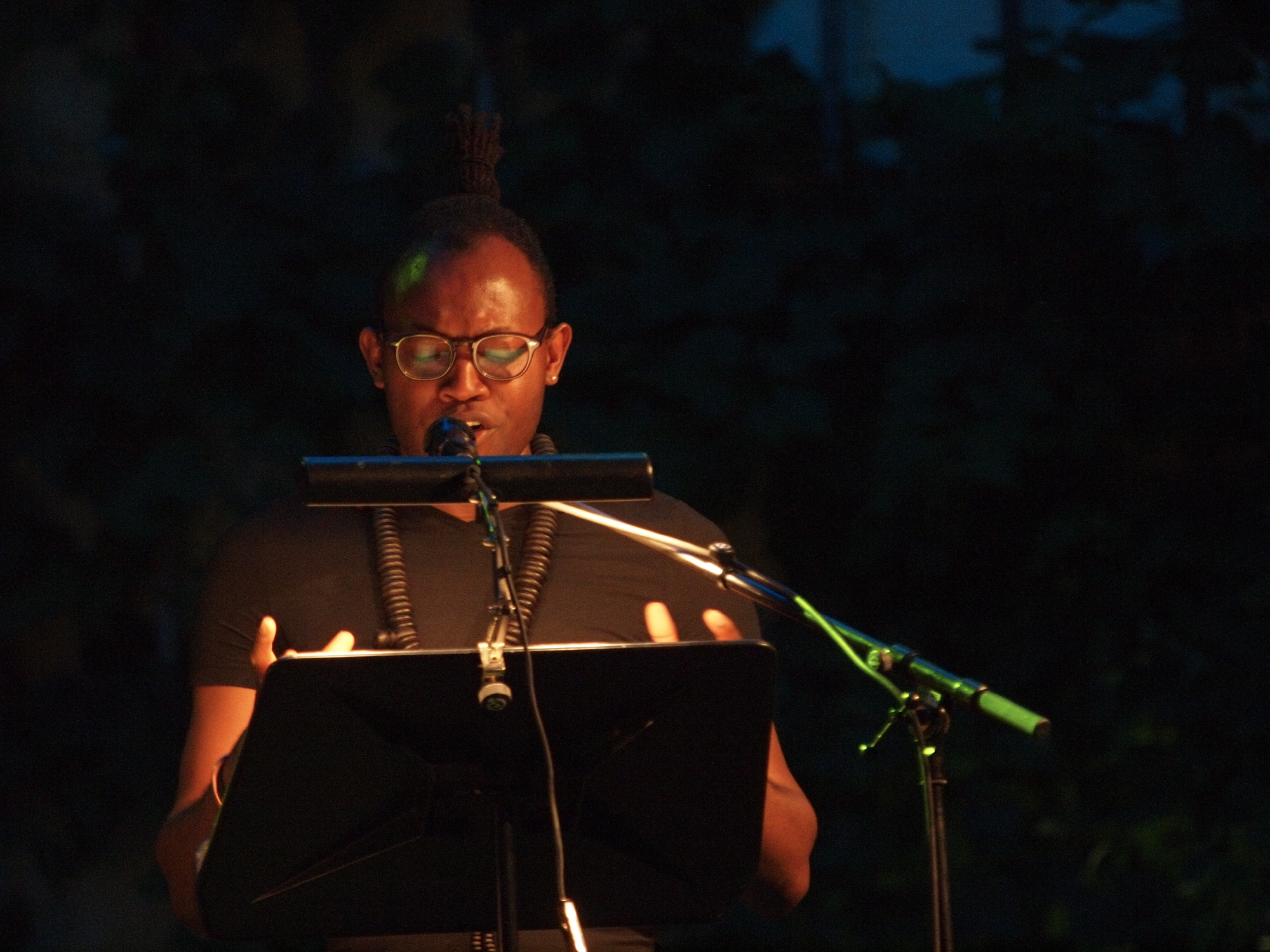 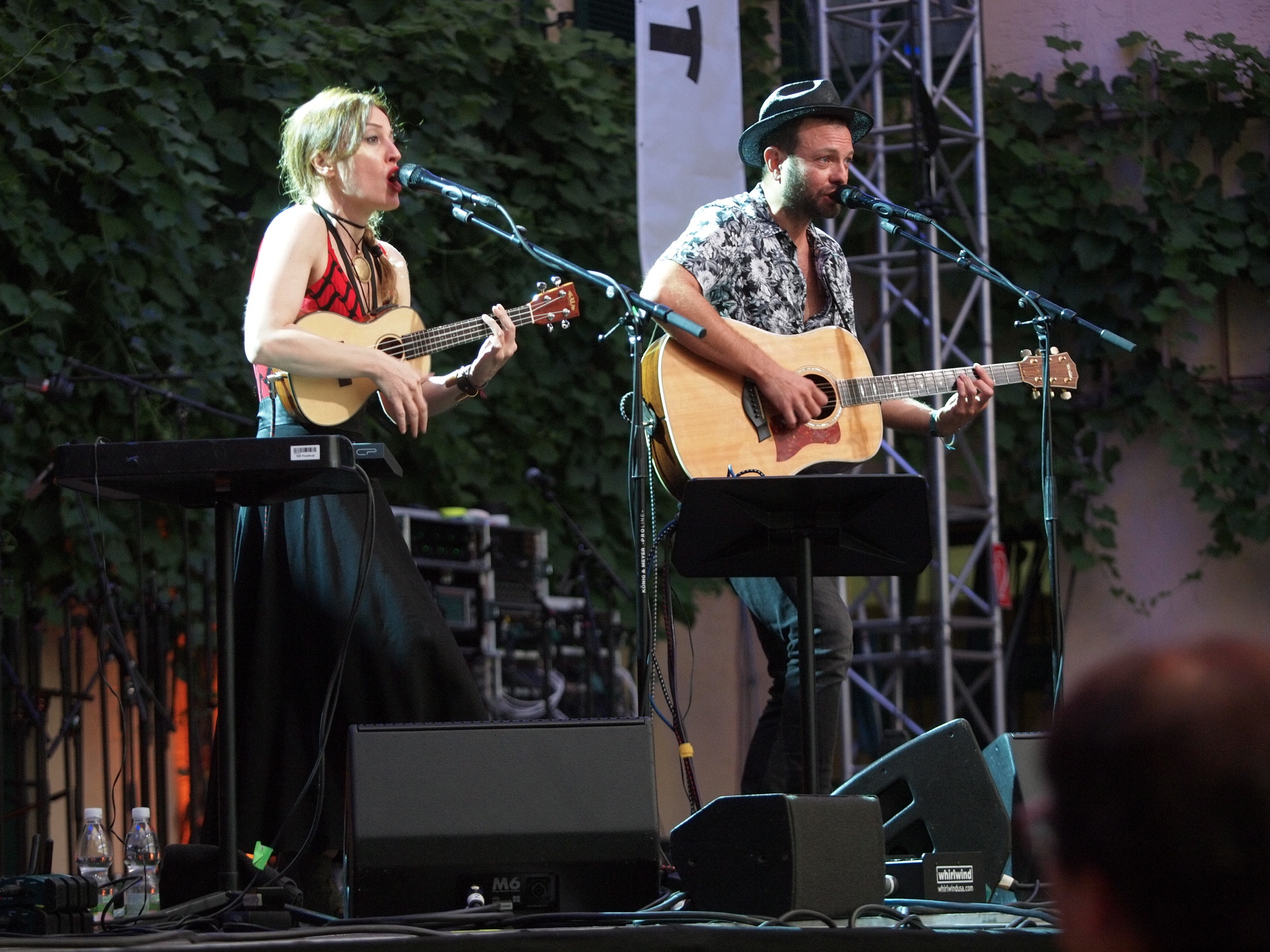 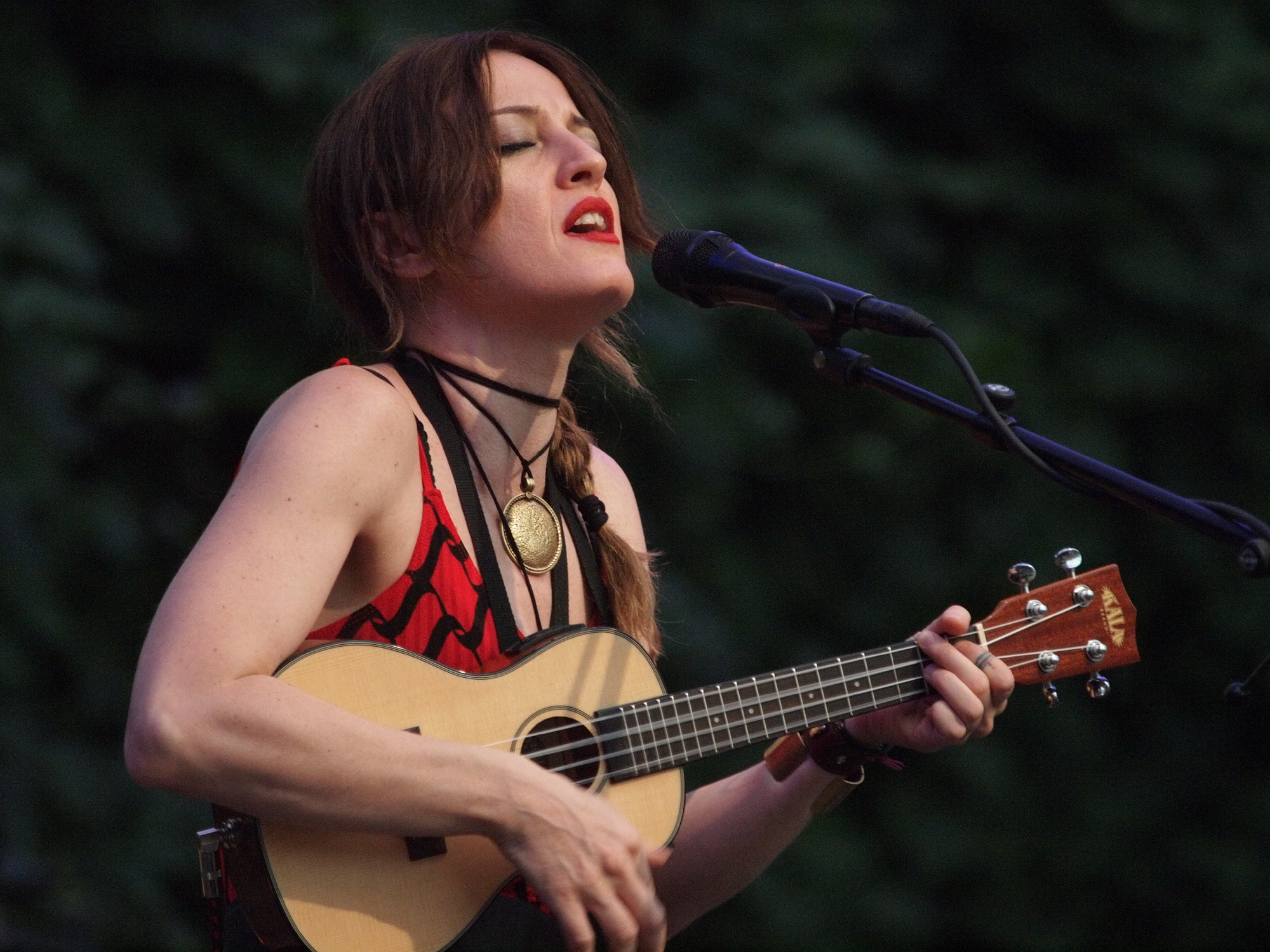 The amazing audience of Glatt und Verkehrt Some festivals have a secret ingredient zaterdag 27 juli, 2019

It's not always easy to point out what makes a festival 'great'. Of course the programming is an important factor, but one thing I learned over the years is that audiences make a bigger difference than one might think. The wider the scope of a festival, the more open minded the audience it attracts, or so it seems. And since musical scopes don't get much wider than here at Glatt und Verkehrt, the loyal clientele of the festival is cherished by many artists as a very special treat.

'The vibe I got from the audience here was truly amazing', She'Koyokh lead vocalist Cigdem Aslan confided to me after their concert on Thursday night. 'I've never experienced anything quite like it!' It's a comment I've heard many times during the years I've been attending this very special festival. No matter what the programmers come up with, the loyal visitors are always ready to listen with rapt attention, and then to cheer and applaud. Last night was no exception, even though the program alternated between extremes.

Lost and found
Yiddish Glory, the centerpiece of the evening, is nothing less than a monumental body of work: an immaculate production around a unique collection of songs in Yiddish that were once written in various Nazi death camps - sometimes in the very last hour of someone's life - and were considered lost for many decades until a librarian of the Vernadsky National Library of Ukraine found them in an unmarked box, sometime during the early nineties. Many years of intensive research and restoration work (including the writing of some new melodies and arrangements) resulted in the production of a CD and an elaborate stage performance, which was presented here in Krems for the first time to a German speaking audience, complete with German translations displayed on a big screen above the stage.

Navigating the tempest
The difference in atmosphere and mood between the solemn rendition of those desperate (although sometimes surprizingly lighthearted and funny) songs and the envelope pushing musical eruption that followed, could hardly be more abrupt and radical. As Lukas Kranzelbinder's ferocious thumping on the gimbri (bass lute of the Moroccan gnawa musicians) and Gregory Dargent's wild strumming on the Arabic oud gradually dissolved in a maelstrom of sound created by the rest of Kranzelbinder's Septet, the lyrical harmony of the previous ensemble seemed like a distant memory. Navigating this musical tempest was not an easy task, especially when Dargent set his electronics loose on plucked notes from his oud, resulting in a deafening assault on the ears. The attentive listener was however amply rewarded with moments of great beauty, that seemed to rise unexpectedly out of the perceived chaos.

Former buskers lost on stage
The fact that this challenging musical enterprise was met with the same enthousiasm from the audience that was granted earlier to the Italian duo that opened the evening, didn't sit well with me. Ilaria Graziano and Francesco Forni were completely out of place in a setting that was dominated by the deeply emotional Yiddish song cycle and the biting irony of 'On boit lumumba!', the name given to Kranzelbinder's project. Theirs is an act borne out of succesfully busking the streets: sympathetic and endearing, but nevertheless artistically immature.

Can an audience be too forgiving?
That was the nagging question I was left with at the end of this very special evening. It brought back memories of the first time I asked myself the very same question, also here in Krems. That was during and after the concert given by the Gypsy Kumbia Orchestra from Montreal, which - for me at least - was the epitomy of kitsch. These highly skilled musicials thought it necessary to 'entertain' their audience with silly gimmicks, which included some band member suddenly yelling 'Photo!', at which point all the musicians simultaneously froze in whatever movement they were making. A lot of practising effort had been spent and wasted on something without any artistic value. Call me a puritan if you like, but things like these fill me with dismay.

Back to the question
But wait: I'm trying to make another point here. Of course I criticize musicians who pull tricks like these, and also programmers who book such 'artists'. But here I am faced with a pill I'm not quite ready to swallow. Could it be that the audience is always right, just as a politician would say that the electorate is always right? I would never claim that my taste is superior to anyone else's, but at the same time I cannot deny I have had the advantage of hearing a lot more different artists than most, in various settings and under all kinds of circumstances, which provides me with a different perspective on a performance and makes me more critical than the average listener. So I guess it will always feel somewhat unconfortable to be in disagreement with the audience at a concert or festival, but hey, such is life. And as we all know: at times it just sucks.