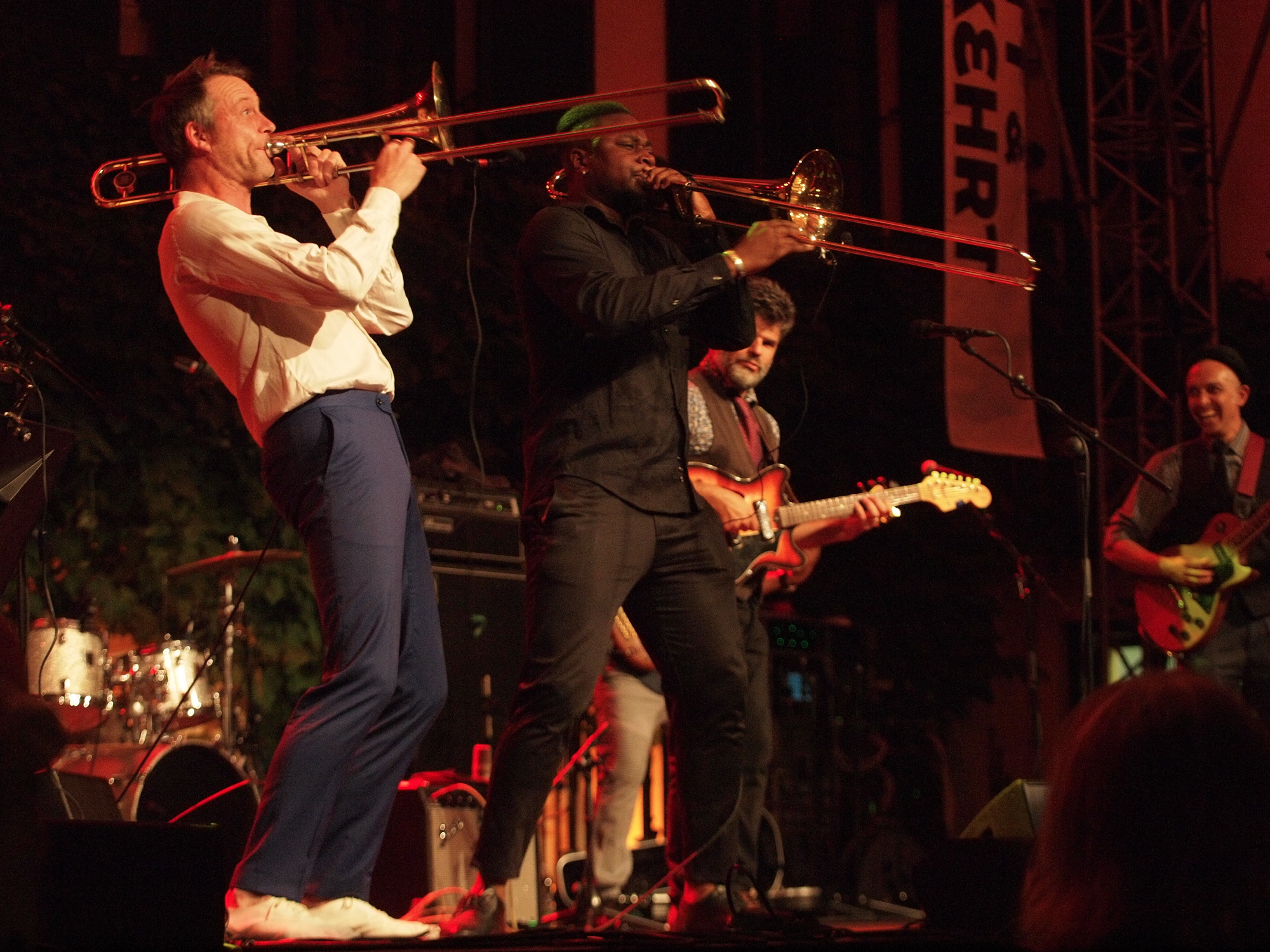 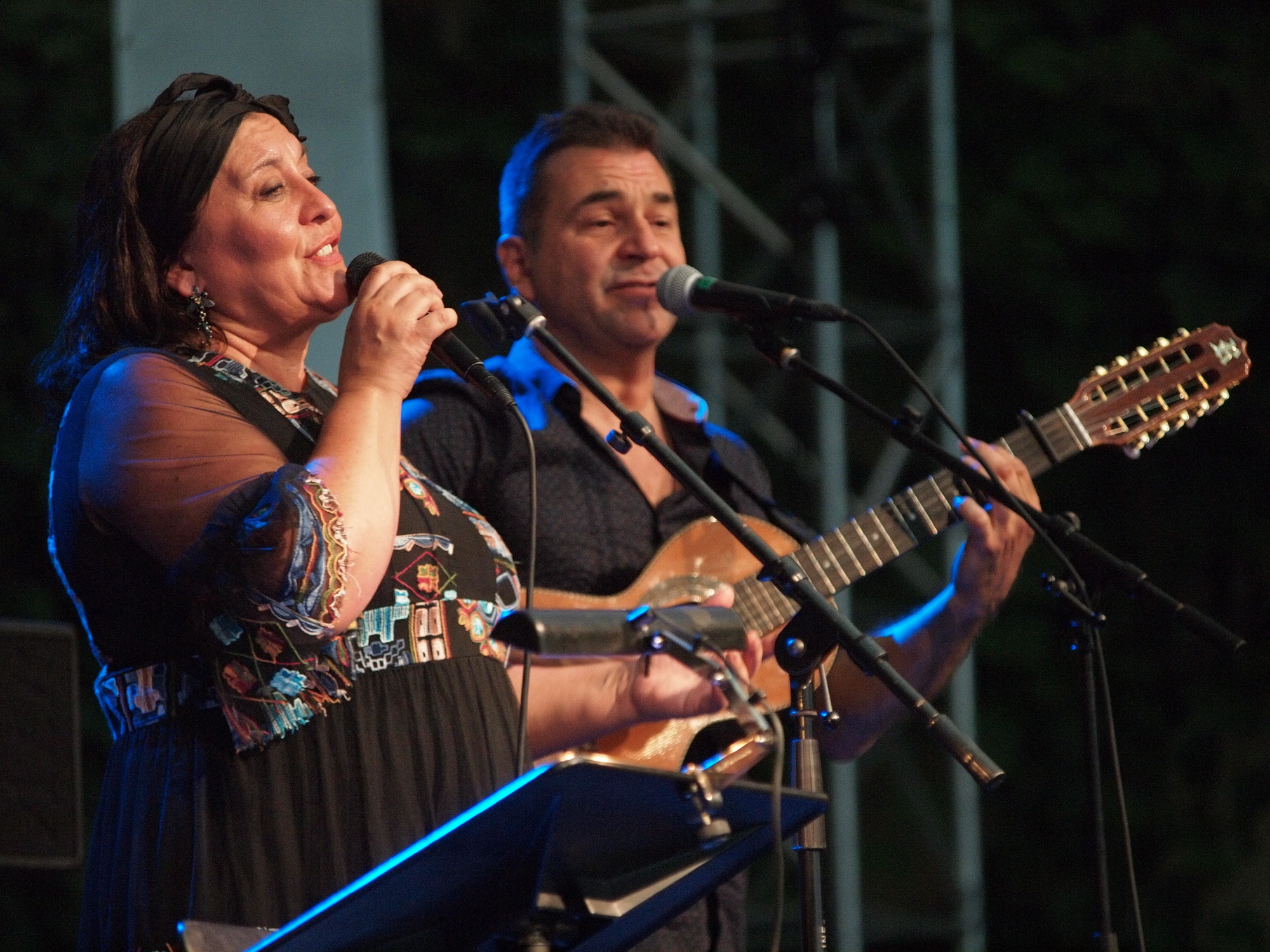 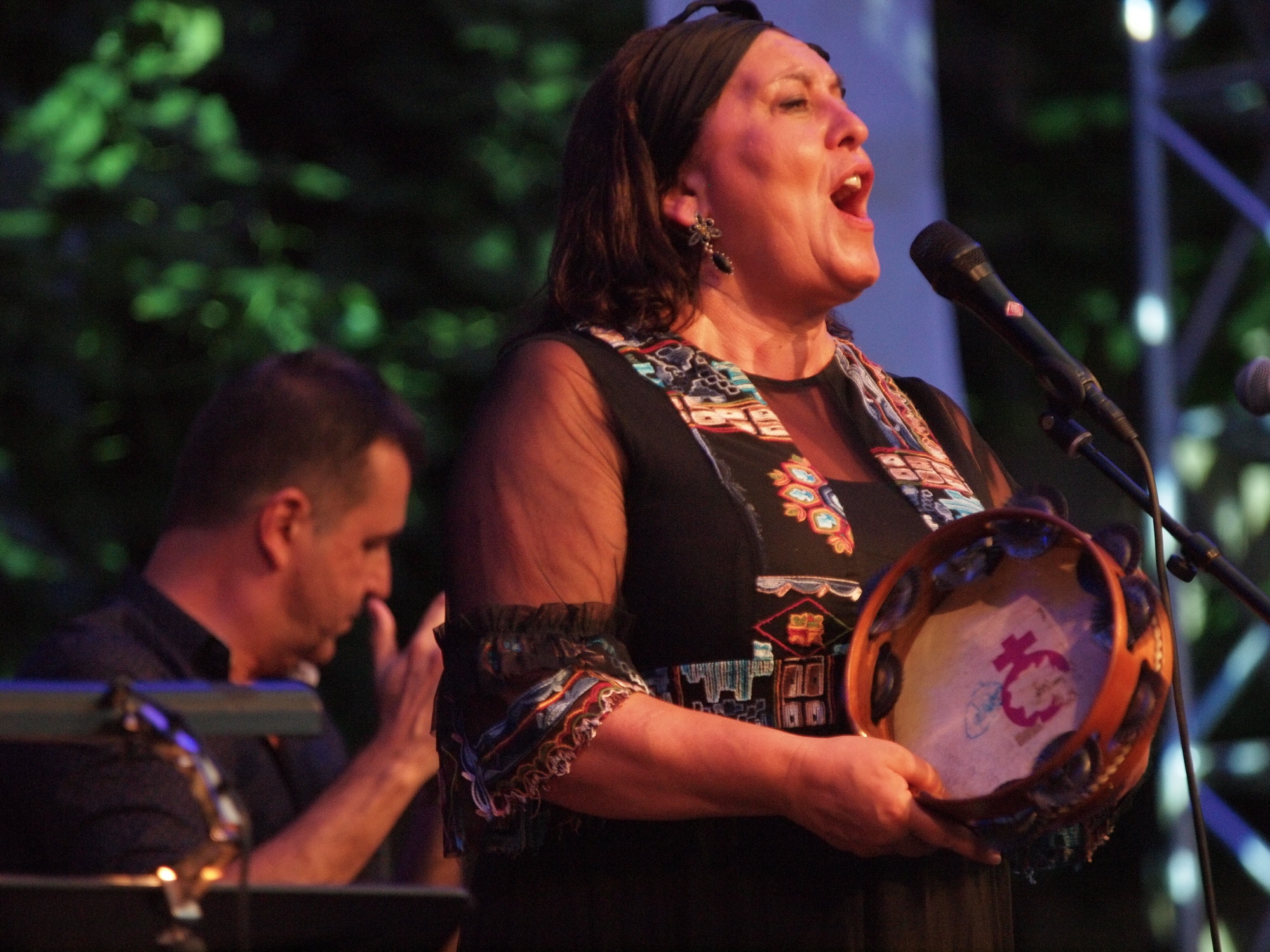 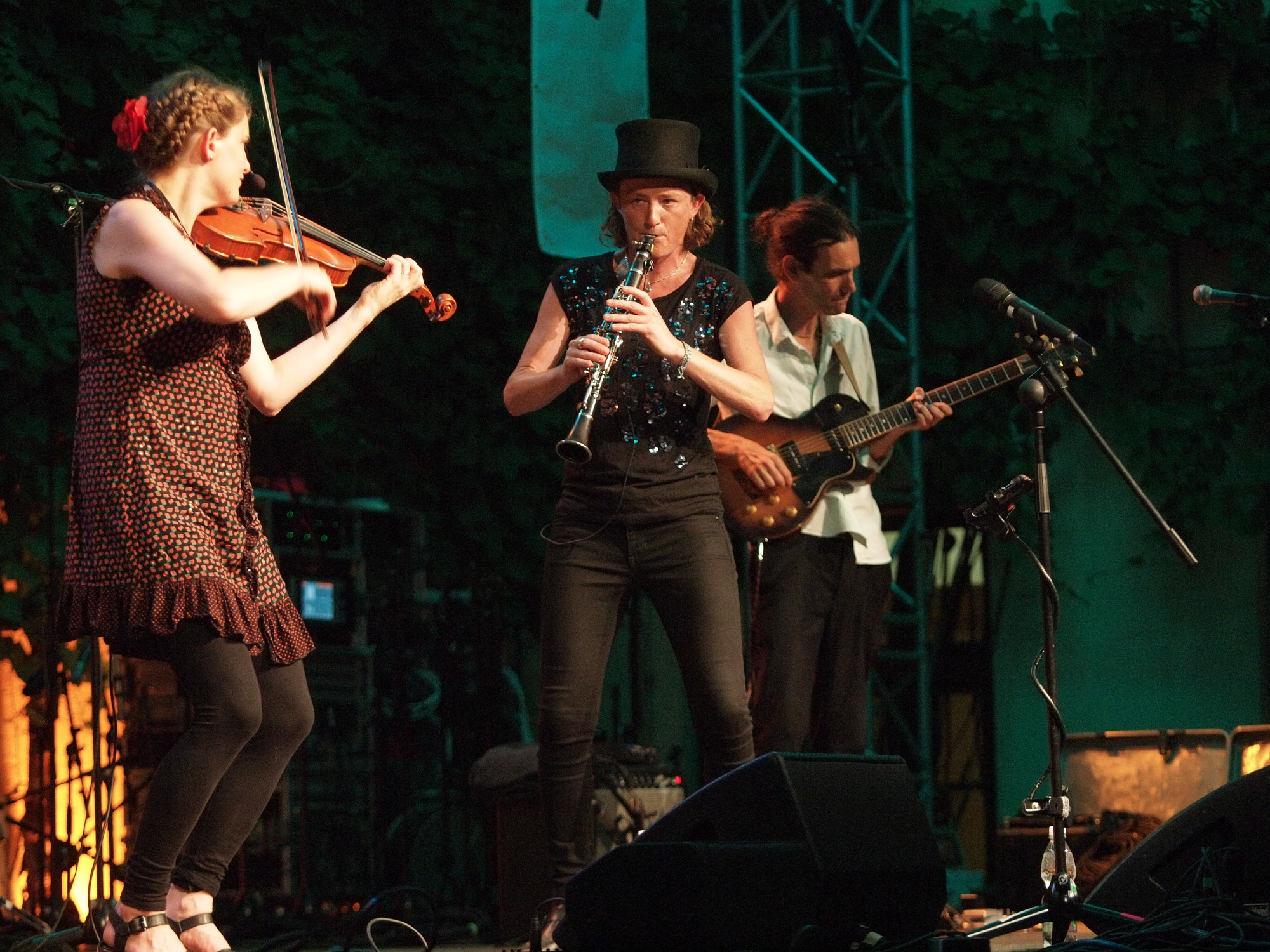 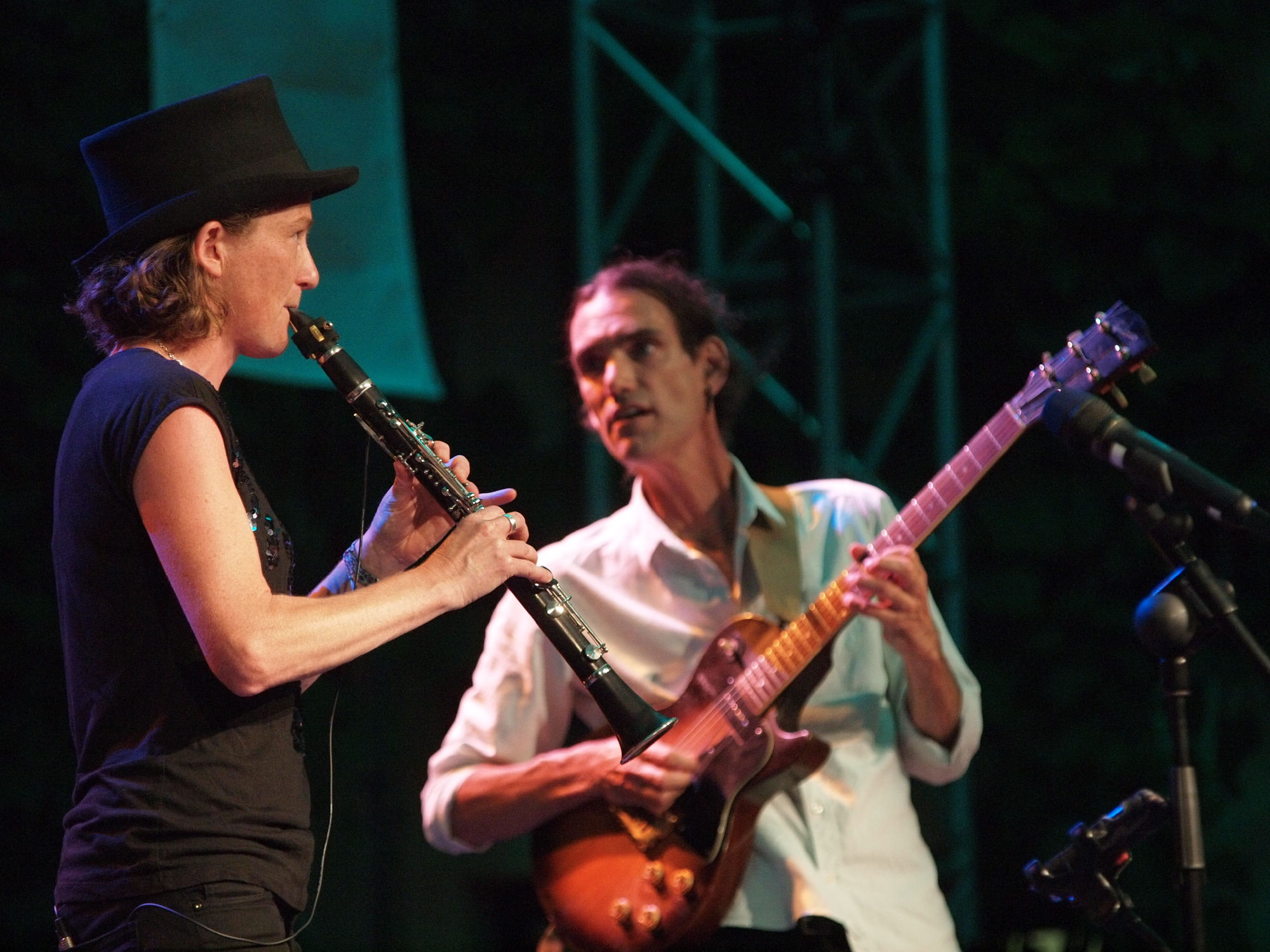 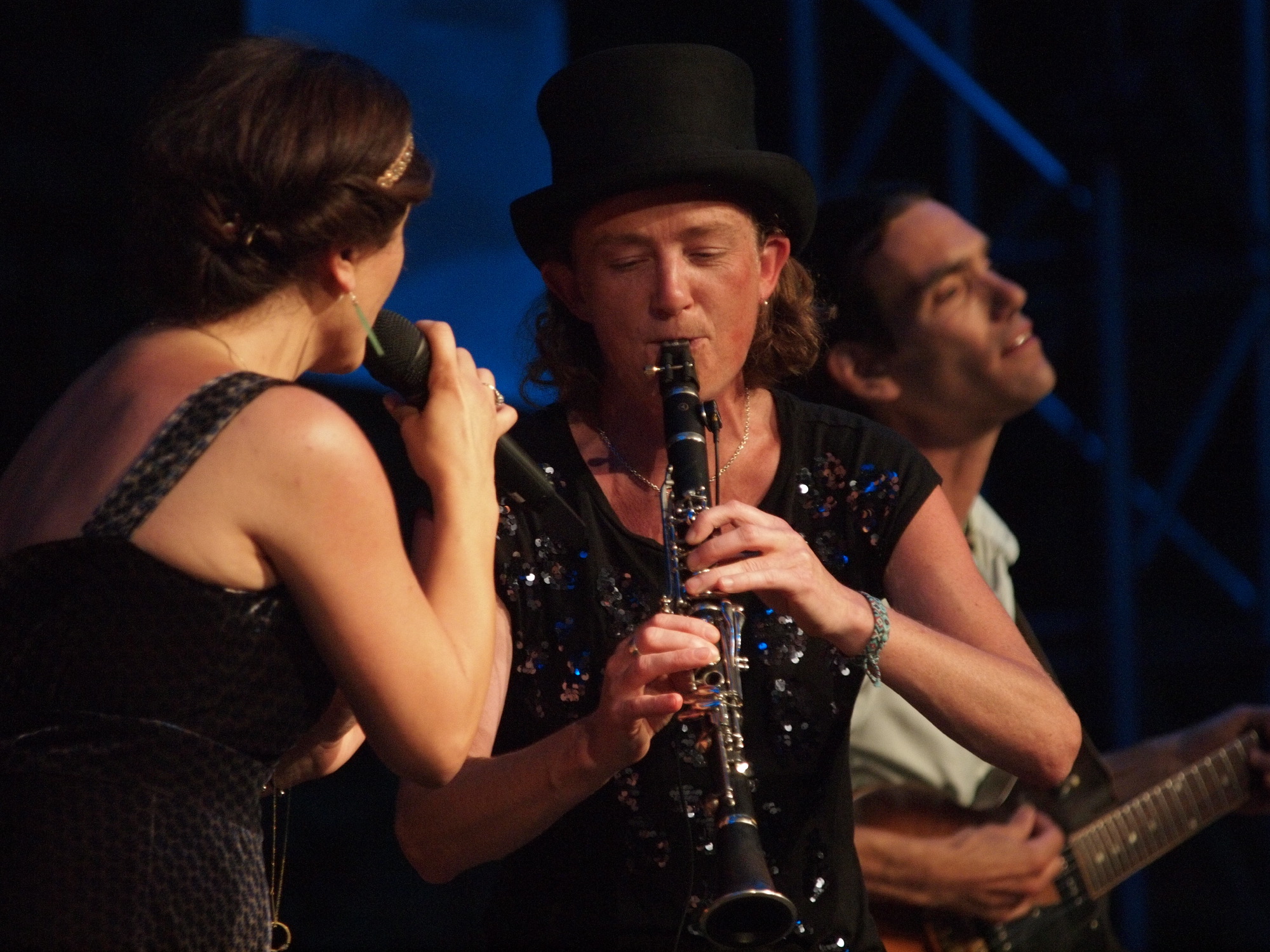 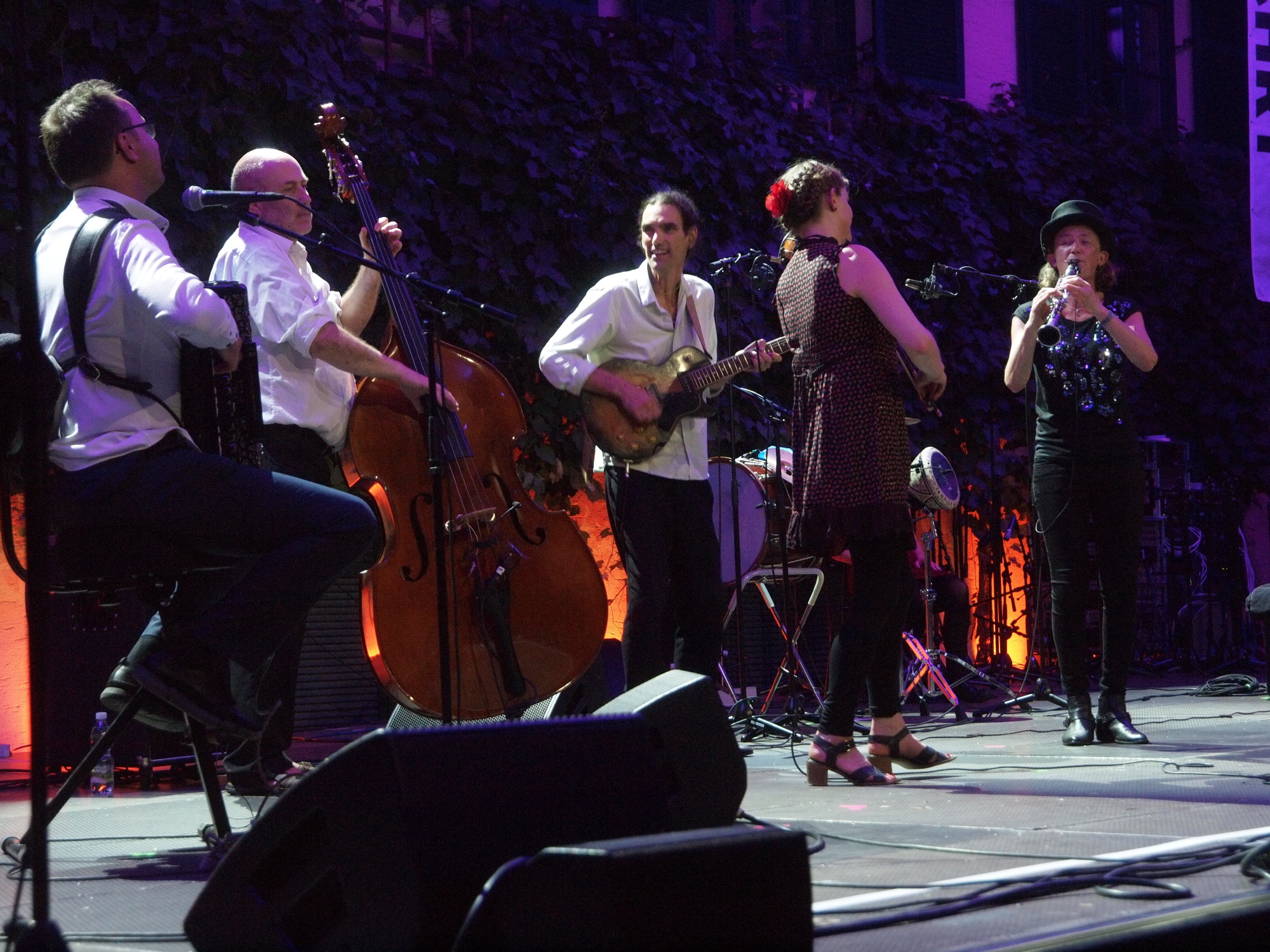 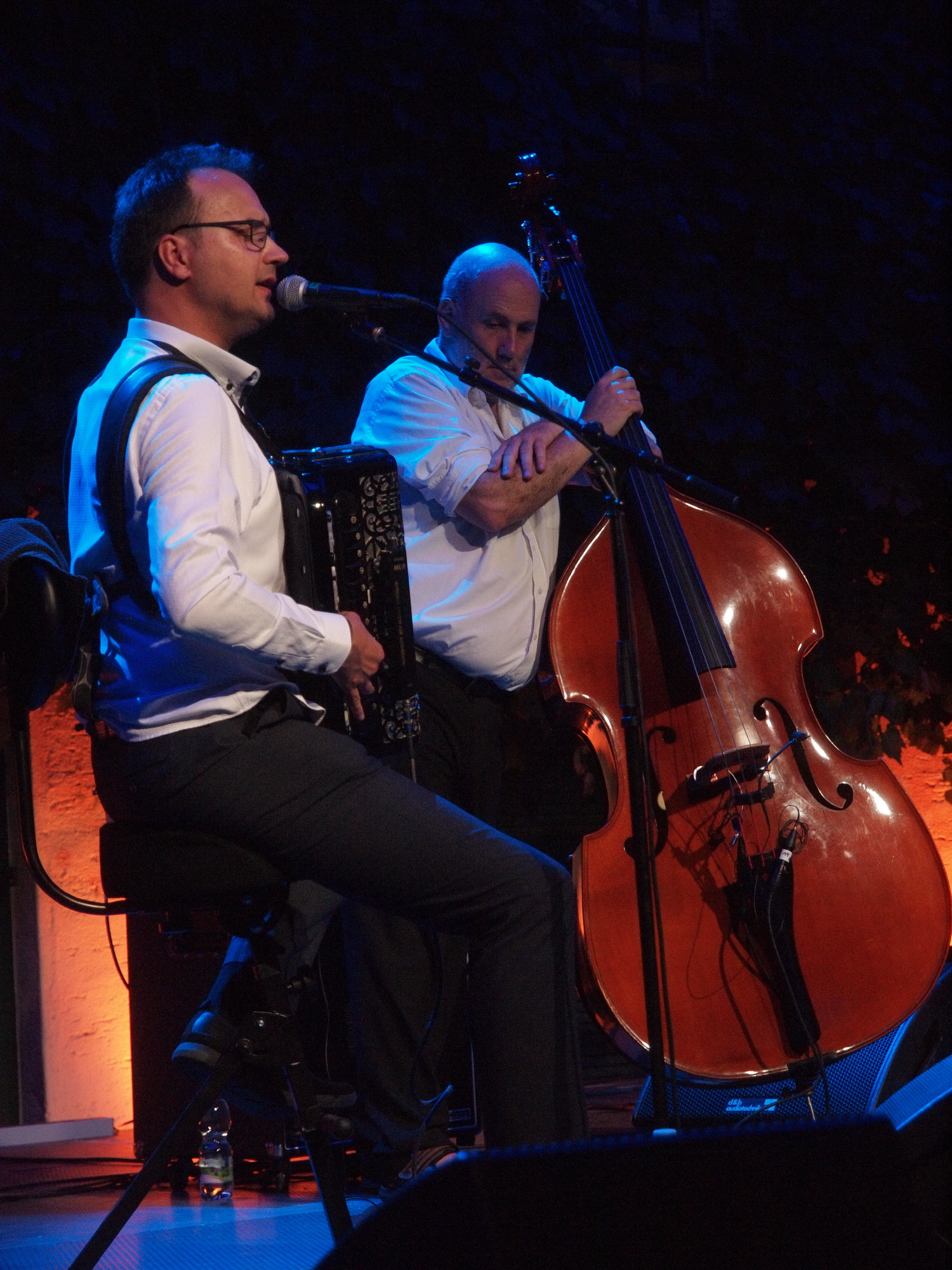 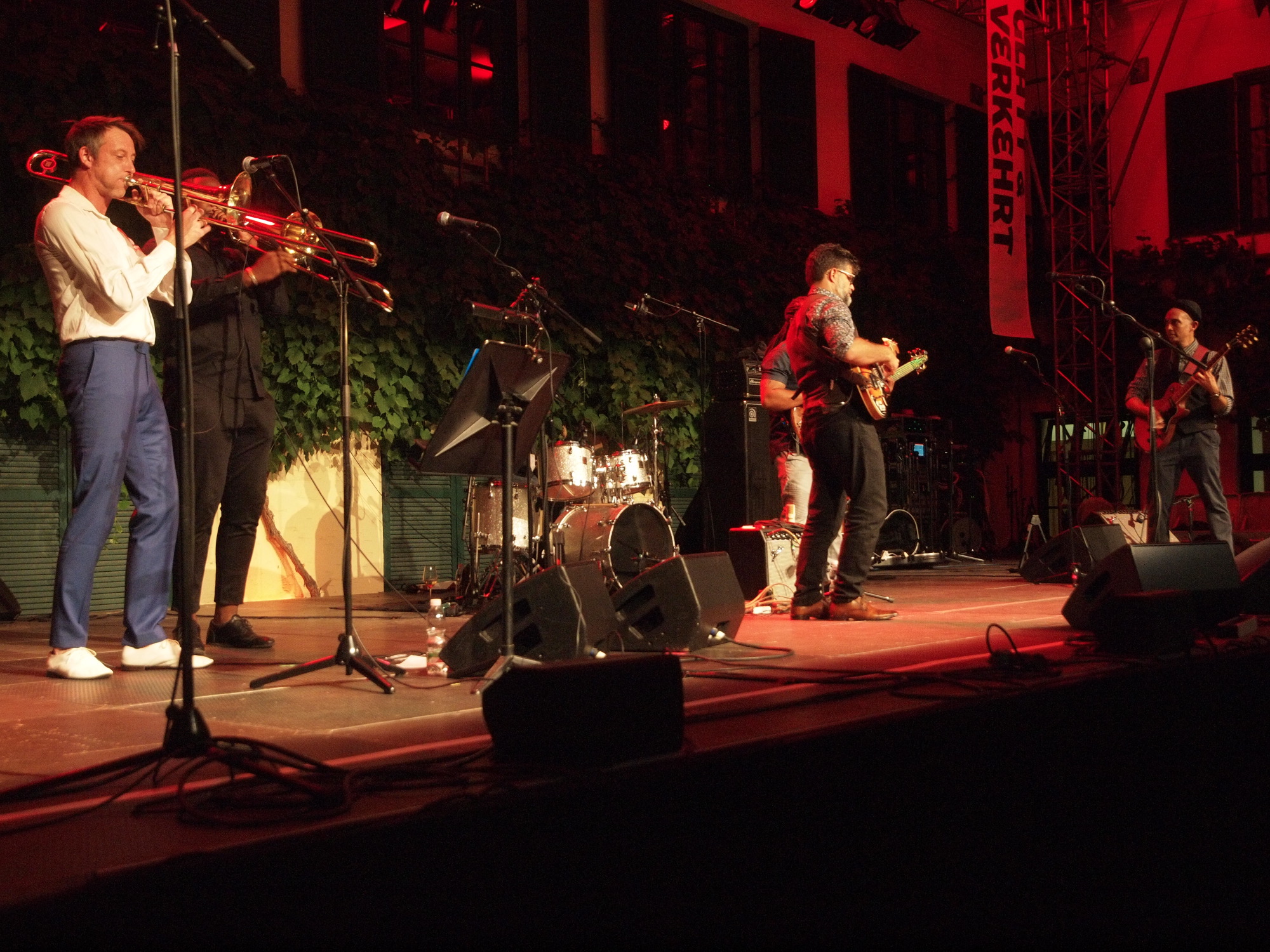 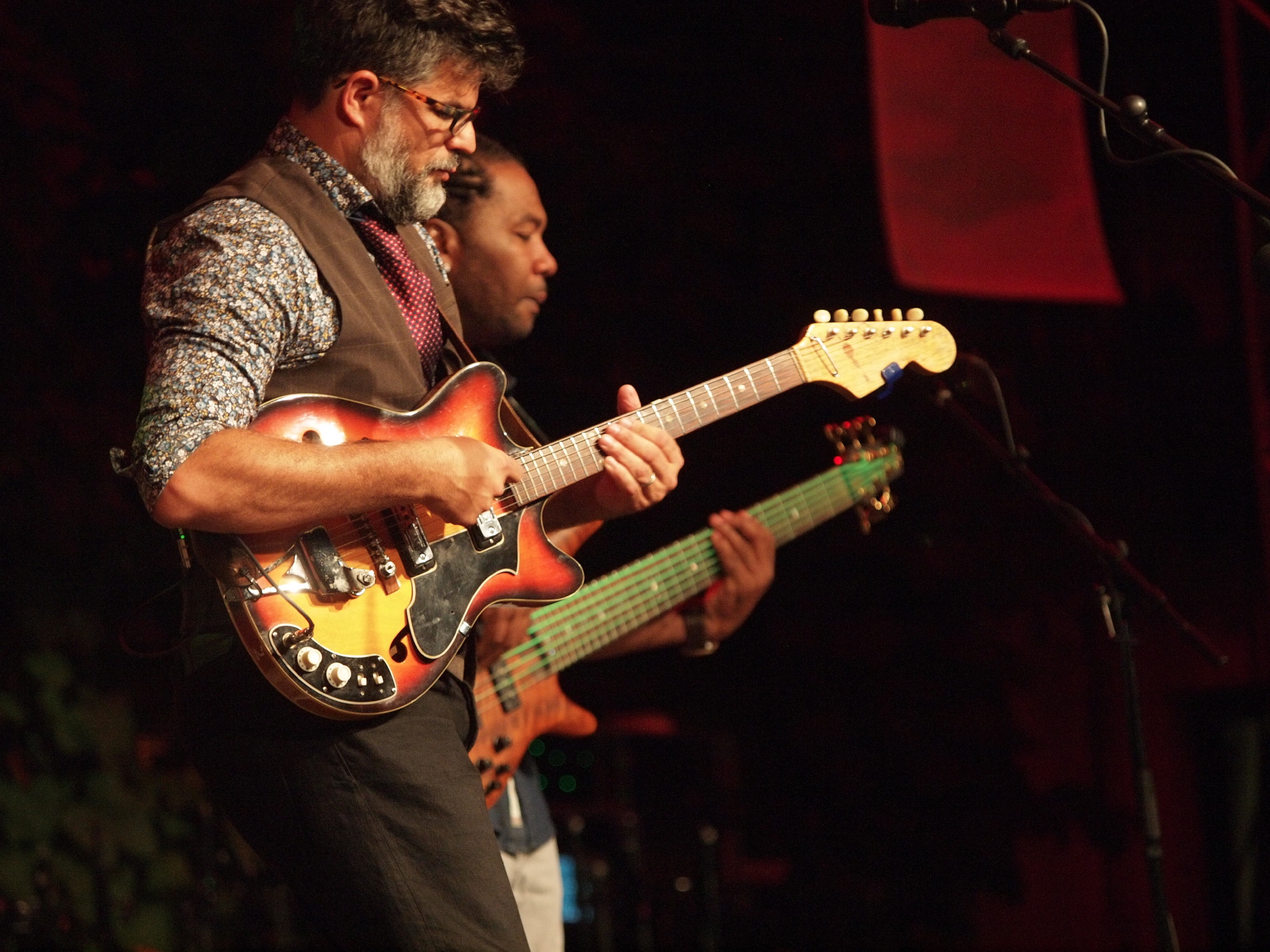 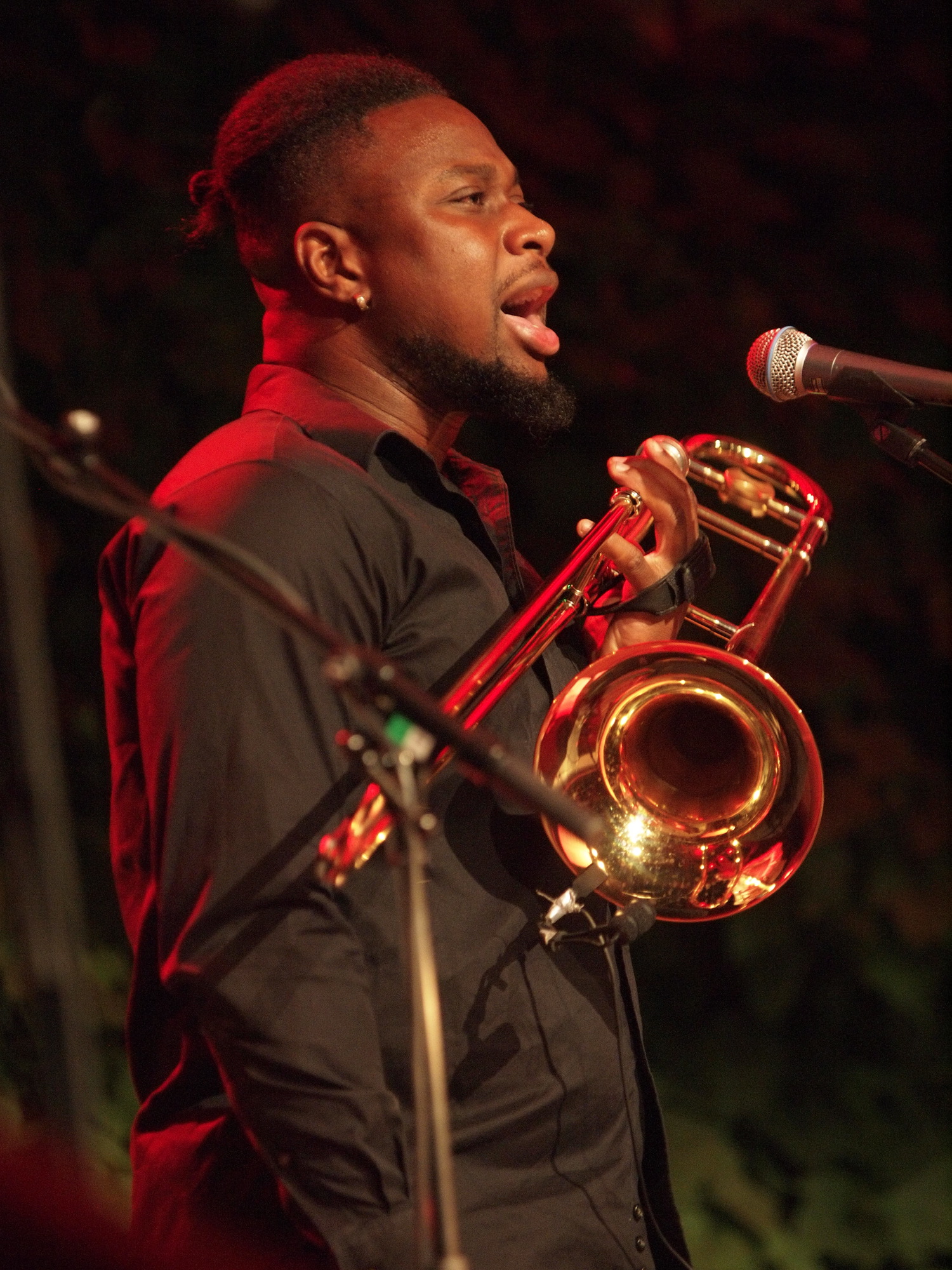 Knowing how to please The second night of Glatt und Verkehrt 2019 vrijdag 26 juli, 2019

The programmers of Glatt und Verkehrt have a habit of daring their audience. They sometimes do it by offering the stage to relatively unknown musicians, such as yesterday's Billy & Johnny with their East Extention, but also by treating the festival's visitors to outright obscurities, including an eighty-plus year old Cambodian bard who survived the Khmer Rouge, as they did a few years ago. Miraculously though they seem to get away with it. Why? Because they also know how and when to please.

During the first part of the opening concert by Uxia, the grande dame of Galician music, references to the Celtic roots of her culture were few and far between. Flamenco and fado were far more obvious influences, and even a hint of Piaf could be heard. The turning point was marked by the moment she and guitarist Sérgio Tannus picked up their tambourines to accompany a Galician folk song full of the vocal harmonies and arousing rhythms typical of the ancient regional tradition. One might think her sparse and broken English would be an obstacle in communicating with her audience, but it had an almost opposite effect: it gave everyone present a good feeling, because they were able to help her out. What looked like a handicap, turned out to what might be considered a clever strategy. She even invited the young children of one of the programmers to the stage to join her for the encore. And the crowd just loved it. Smart ass!

No birthrights needed
I already knew from listening to their CD that She'Koyokh is a great band, but I didn't realize they were as good as they proved to be last night! The Klezmer and Balkan oriented septet has its base in London, but to call them English would be a serious mistake. Two of the band's members hail from Serbia and Turkey, but the others earned their creds by studying with masters in Istanbul and Plovdiv. With their worldly-wise outlook on things they feel free to embrace all the clichés of both traditions, but also to twist them to their own advantage, all in a playful and entertaining manner. Every one of them is an incredibly gifted and skilled musician, but the magic they create together is the result of their tightly knit and loving teamwork. When Turkish vocalist Cigdem Aslan sings a Bosnian sevdalinka, she not only keeps the crowd spellbound, but also proves you don't need birthrights to make another tradition your own.

No stopping them
At first I felt pity for Drew Gonsalves and his fellow Trinbagonians from the Canadian diaspora, because She'Koyokh proved to be such a hard act to follow, especially since Kobo Town's musical offering is the rather unpretentious calypso from Trinidad. Well, I couldn't have been more wrong! With their laid-back beats full of syncopation, embellished by razor sharp and perfectly synced riffs from the two trombones, Kobo Town got dozens people dancing in the isles in less than a trice. Gonsalves fired up the atmosphere with hilarious anecdotal stories that sometimes ended in mid-air. 'Now why did I start telling this...?' Much to everyones amusement, also because of Gonsalves' characteristic Trinidadian tongue, which is rarely heard over here. In the end there was simply no way to stop them, a 'problem' which Gonsalves solved by explaining to the audience where to get the band's CD's and announcing a signing session at the stand, after which they left the stage playing, slowly heading for the exit in a mardi gras style procession.