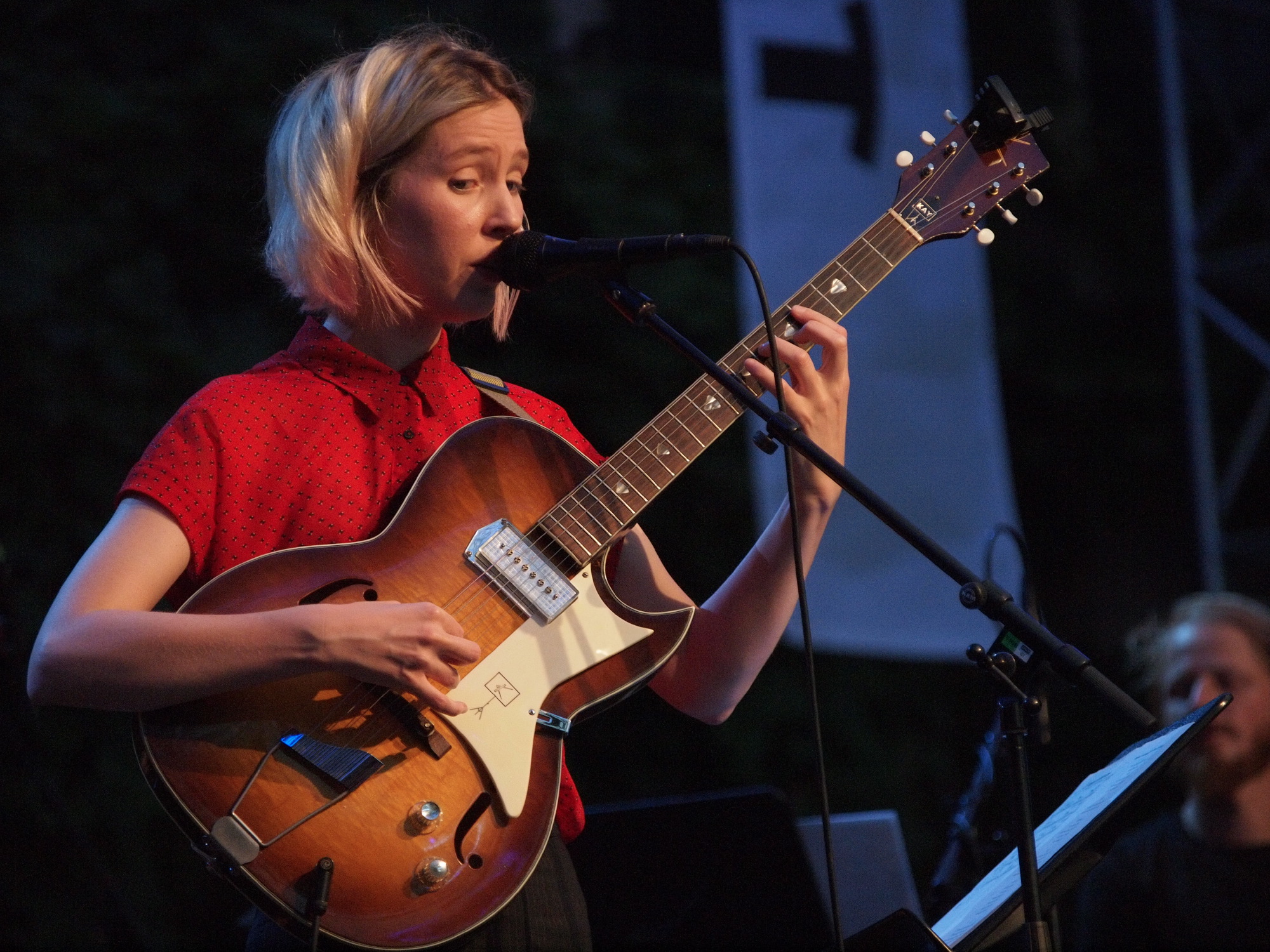 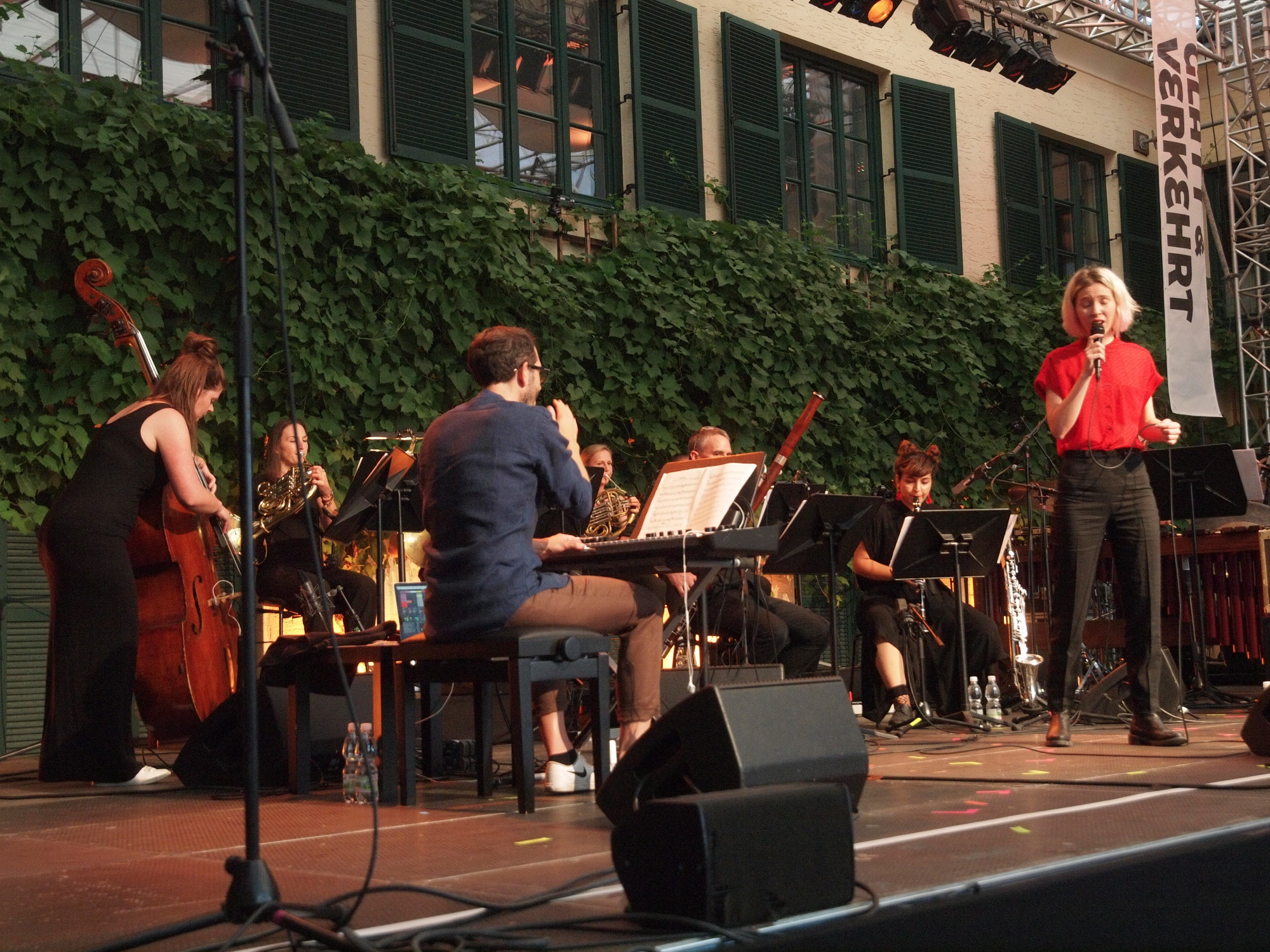 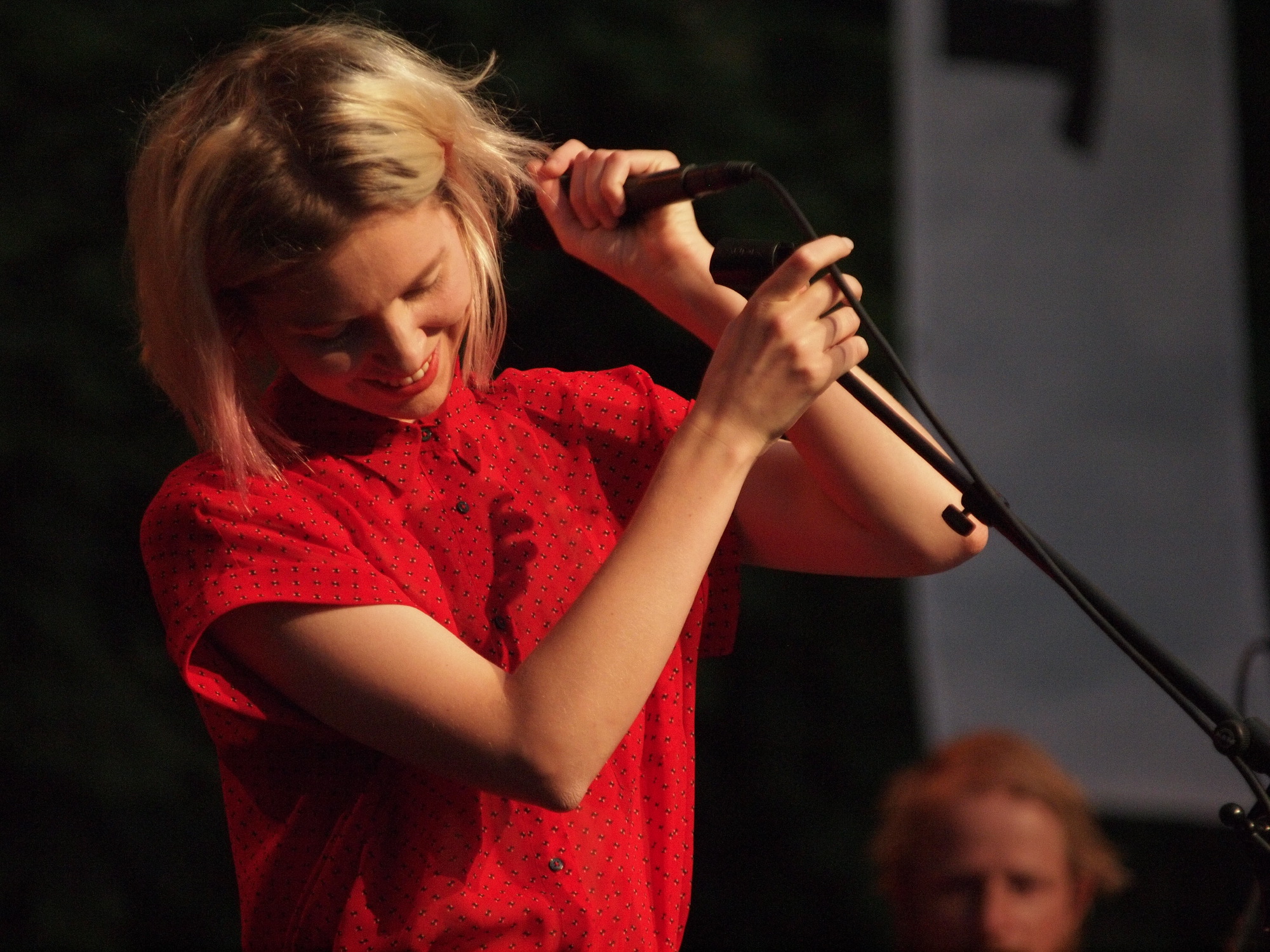 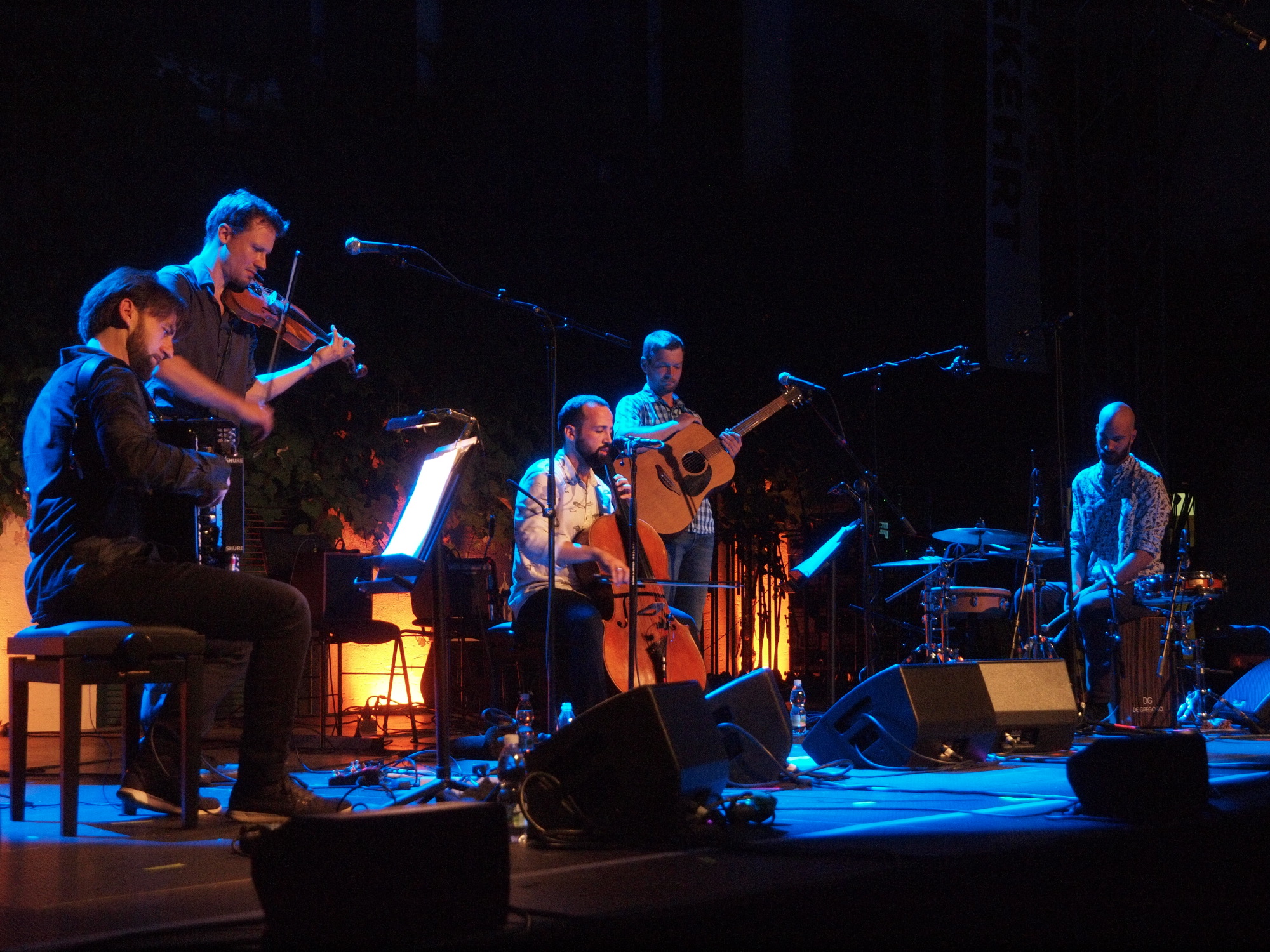 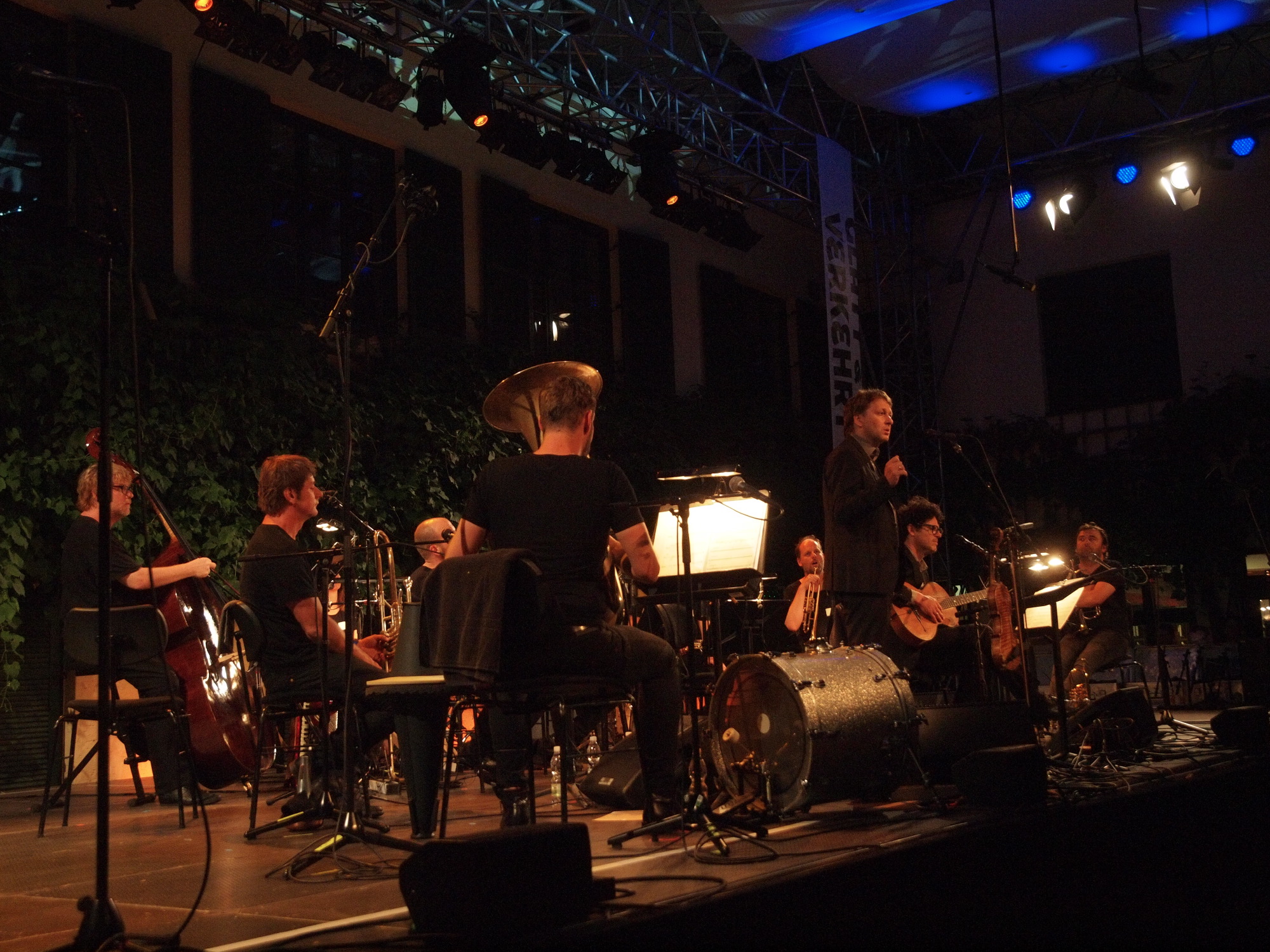 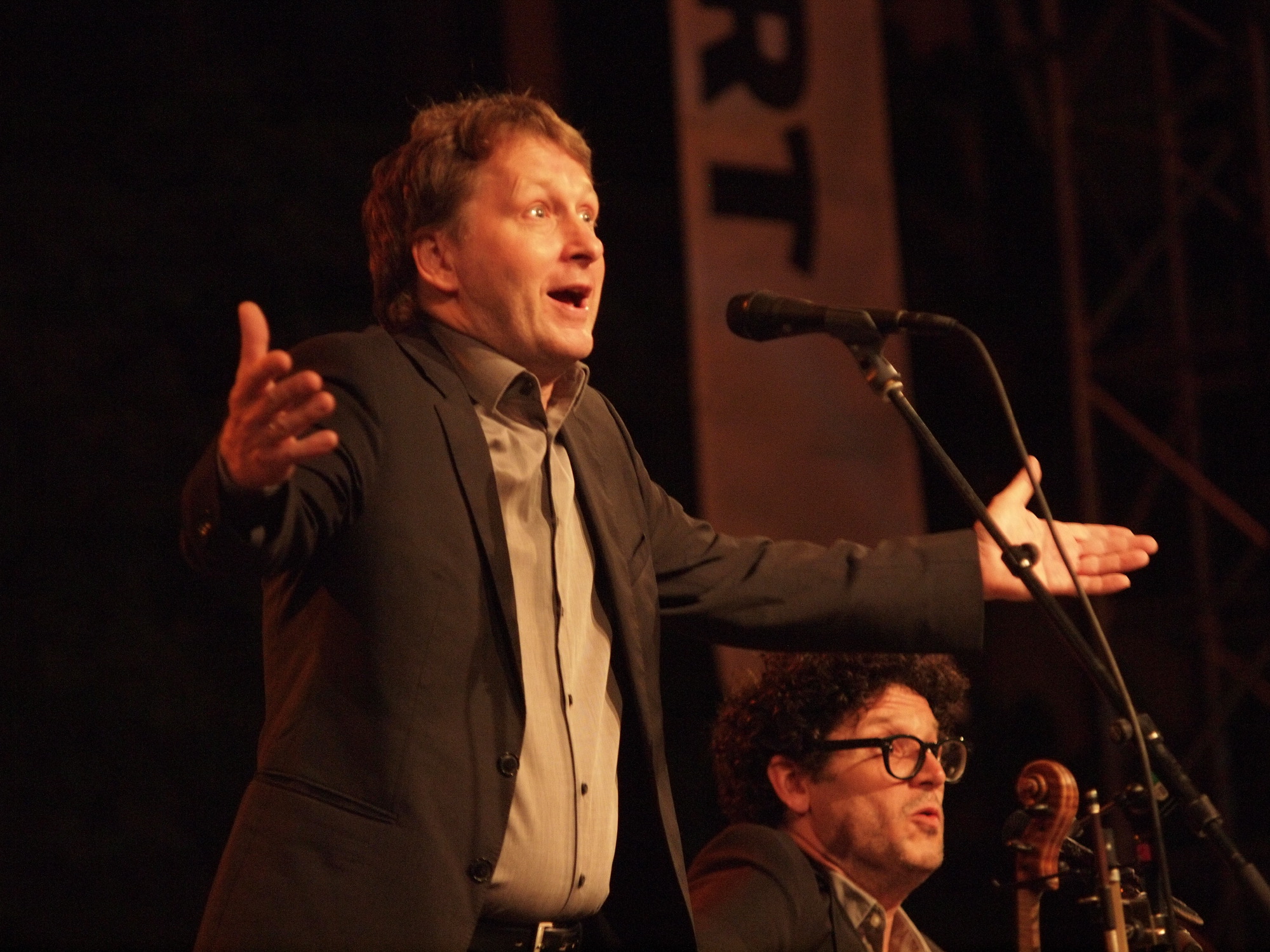 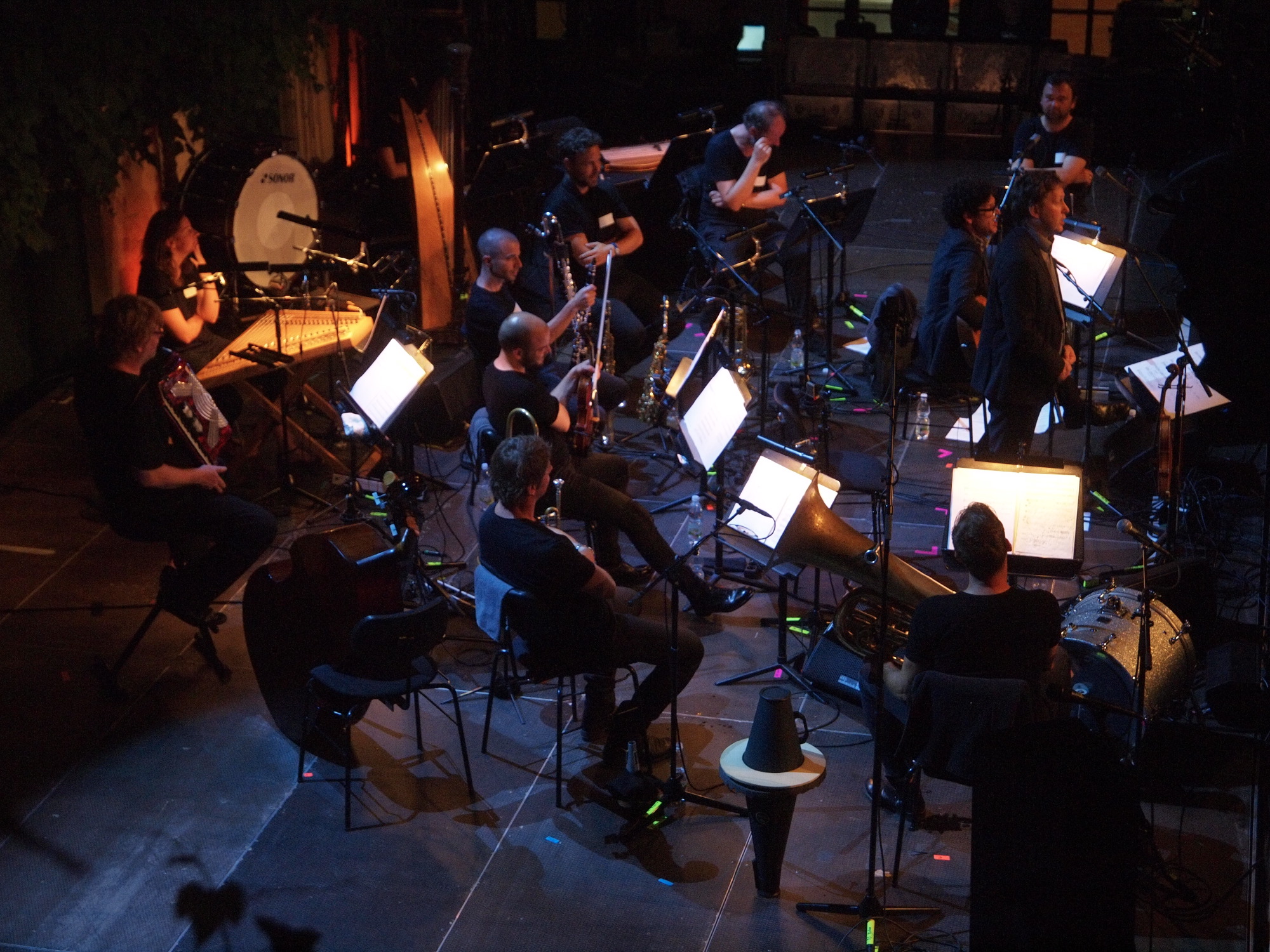 The power of arrangement The 23rd edition of festival Glatt und Verkehrt kicks off in style donderdag 25 juli, 2019

No other festival I know has a scope as wide as Glatt und Verkehrt ('recht en averecht') in the Austrian town of Krems, situated on the bank of the Danube. The music that is presented during the five-day-long Grand Finale of the annual event, ranges from deep ethnic tradition and folk to jazz, classical music and even pop. The opening night at Winzer Krems, a wine co-op in the outskirts of town, turned out to be a paradigm case.

Singer-songwriter Mira Lu Kovacs stems from the world of (alternative) pop, even though she did study jazz for a while. Instead of being backed by her regular band, she recreated her material against a radically different musical backdrop, provided by an instrumental ensemble with a rather unusual line-up: four french horns, bassoon, (bass) clarinet, double bass and percussion (most notably a huge bass drum and an enormous marimba). Clemens Wenger, who penned the highly original orchestration, added electronics from his synthesizer.

Lifted by instruments
The way Kovacs takes to the stage, is exemplary for her generation of mostly home-grown artists who rose to fame by means of Facebook and Youtube, without the mannerisms resulting from life on the tedious touring trail. There is a freshness and natural charm about her that gave her concert a sense of informality - as if we were all squeezed together in her living room for a private show. Wenger's clever arrangements made Kovacs' songs shine all the more brightly, and also enabled her to do away with her usual six-stringed partner for the better part of the concert. The first time she picked it up, it was used for merely three (highly effective) strums during the whole of the song.

Time as enemy
The main problem with her performance was its length in relation to the strength of her compositions. At some point the effectiveness of the orchestrations could no longer mask the underlying problem of material lacking in wingspan. But unfortunaly, for Kovacs at least, the format of Glatt und Verkehrt (three full size concerts in a row) doesn't allow for shorter gigs.

From West to East and beyond
For Billy & Johnny East Extention that format caused no problem whatsoever. From the very first moment they started playing, jaws dropped, and the applause they elicited from the sold out provisional concert hall, became louder after every song that followed. With their 'eastern' extention of Amir Ahba (percusison) and Milos Todorovsky (accordion), the original trio that consists of Florian Sighartner (fiddle), Carles Muñoz Camarero (cello) and Georg Felber (guitar) creates an idiom that's not easy to pin down. You might call it chamber music with country feel and Balkan drive. Exemplary is the way they revived an American traditional - The Boy Who Wouldn't Hoe Corn - with dazzling rhythmic augmentations on the Arabic riqq, and extended it with a lengthy instrumental arrangement full of surprizing changes. And on top of it all, they constantly impressed with their immaculate chops and super tight ensemble playing.

Respectful yet daring
With Franui & Die Strottern the overall theme of the opening night - Landpartie (a gathering in the countryside) - became even more obvious. This collaboration, initiated by the festival, symbolizes a meeting between urban music from Vienna (Die Strottern) and rural brass band tradition from the Alps. Together they provided Schubert's music with a contemporary upgrade which probably surpassed even the composer's wildest dreams. Daring yet respectful and larded with humor so infectious that the roars of laughter were almost deafening. At some point Strottern singer Klemens Lendl explained how deliberations about also including other material than Schubert's, had led to the quest of finding a contemporary songwriter whom the old master might have appreciated, had he been alive today. In doing so, they proved another point - something they they probably hadn't set out to do - namely that one may succesfully add a rough edge to Schubert, but to do the same to Tom Waits requires a very different skill indeed. They were however applauded loudly for their courage and effort, and rightly so!